Found Dead In The Field 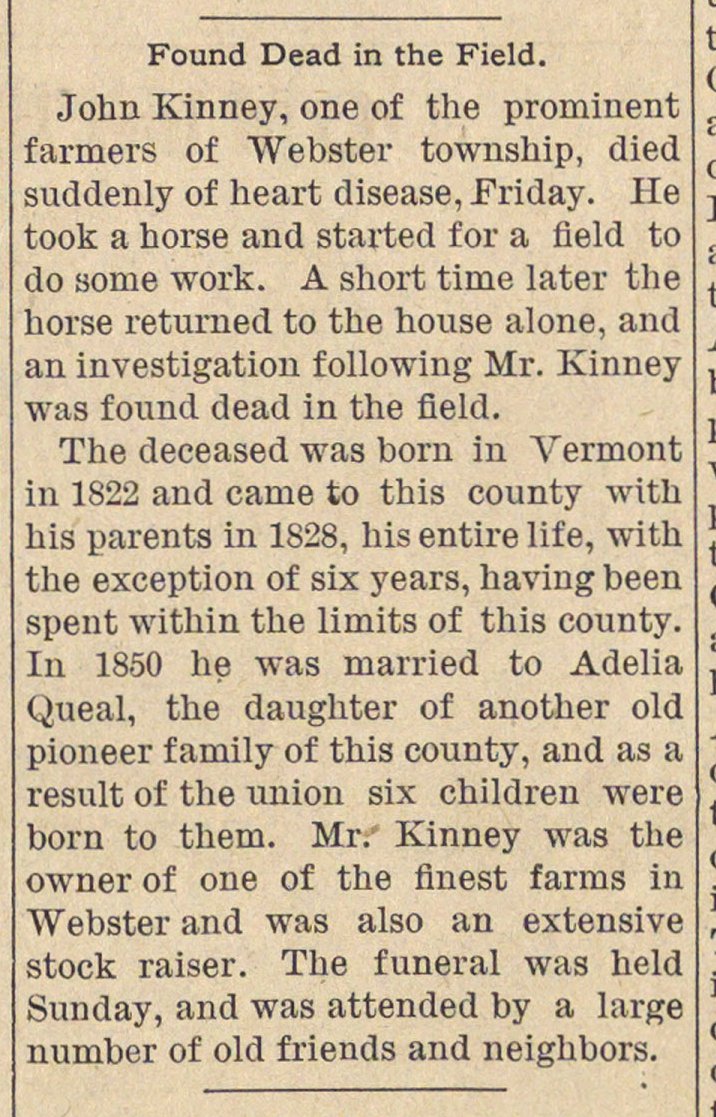 John Kinney, one of the prominent farmers of Webster township, died suddenly of heart disease, Friday. He took a horse and started for a field to do some work. A short time later the horse returned to the house alone, and an investigation following Mr. Kinney was found dead in the field. The deceased was born in Vermont in 1822 and came to this county with his parents in 1828, his entire life, with the exception of six years, having been spent within the limits of this county. In 1850 he was married to Adelia Queal, the daughter of another old pioneer family of this county, and as a result of the union six children were born to them. Mr. Kinney was the owner of one of the finest farms in Webster and was also an extensive stock raiser. The funeral was held Sunday, and was attended by a large number of old friends and neighbors.