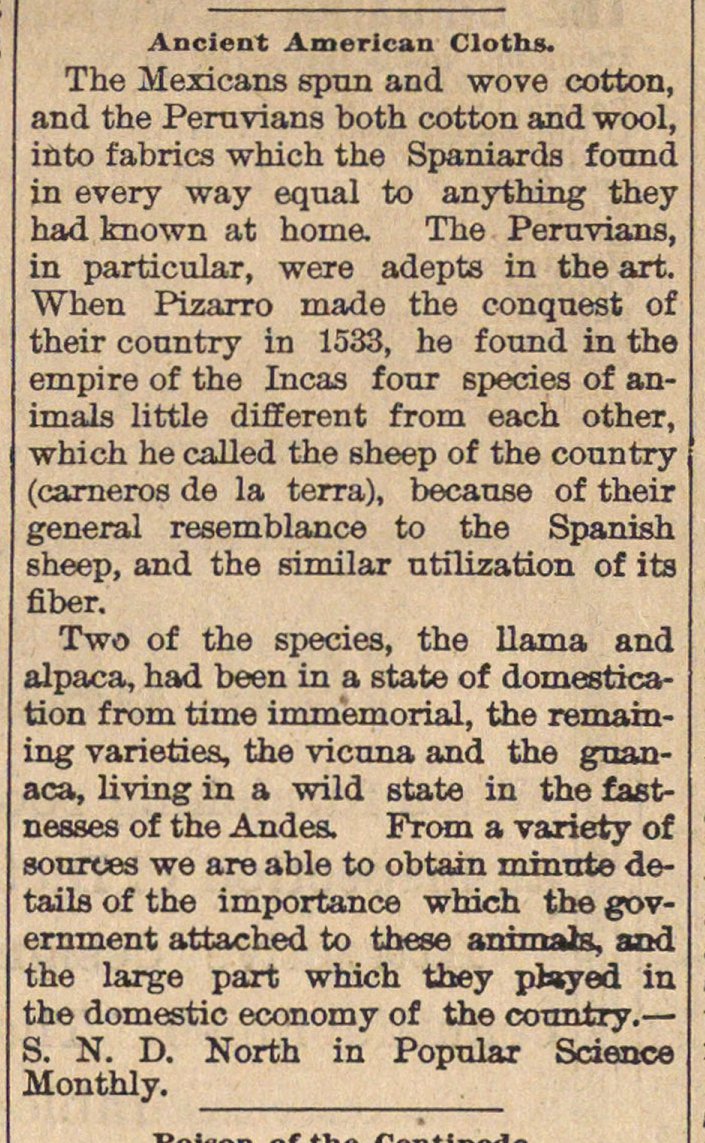 The Mexicana spun and wove cotton and the Peravians both cotton and wool into fabrics which the Spaniards fotmc in every way equal to anything they had known at home. The Peruviana in particular, were adepta in the art When Pizarro made the conqnest o their country in 1533, he fonnd in the empire of the Incas fonr species of an imals little different from each other which he called the sheep of the countr (carneros de la terra), because of their general resemblance to the Spanish sheep, and the similar ntilization of its fiber. Two of the species, the llama anc alpaca, had been in a state of domestica tion from time immemorial, the remain ing varieties, the vicona and the gnanaca, living in a wild state in the fastnesses of the Andes. From a variety of sonrces we are able to obtain minute details of the importance which the gov eminent attached to these animáis, ant the large part which they pJayed in the domestic economy of the country. - S. N. D. North in Popular Science Monthly.