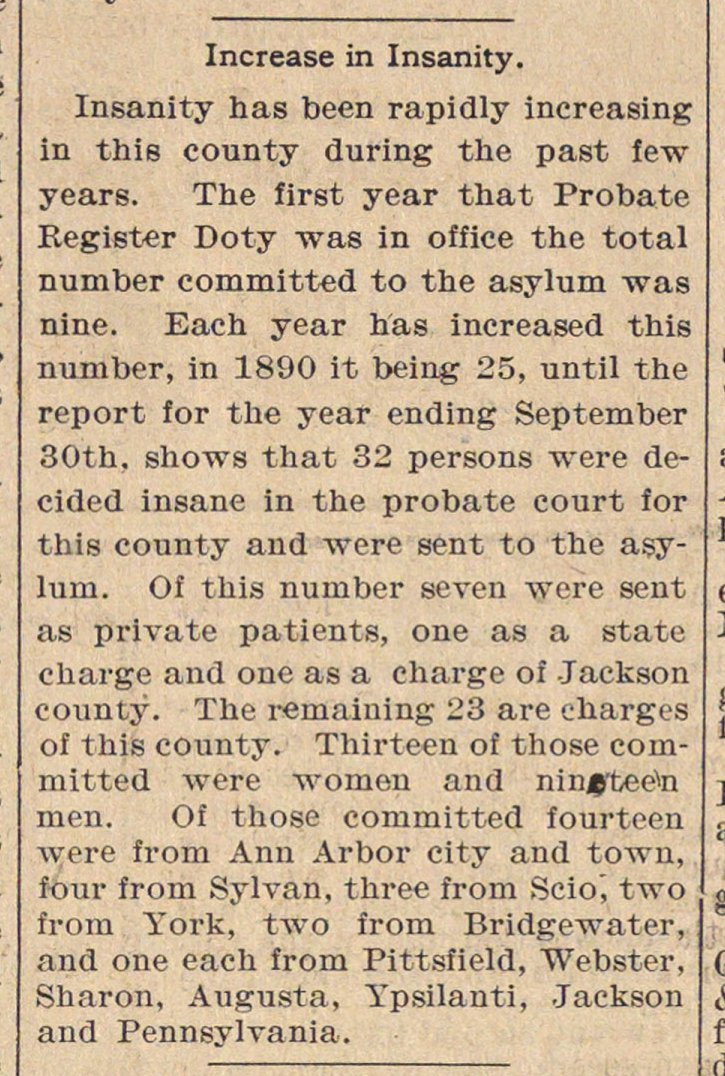 Insanity has been rapidly increasing in this county during the past few years. The first year that Probate Register Doty was in office the total number committed to the asylum was nine. Each year has increased this number, in 1890 it being 25, until the report for the year ending September 30th, shows that 32 persons were decided insane in the probate court for this county and were sent to the asylum. Of this number seven were sent as private patients, one as a state charge and one as a charge of Jackson county. The remaiuing 23 are charges of this county. Thirteen of those committed were women and ninbeen men. Of those committed fourteen were from Ann Arbor city and towu, four from Sylvan, three from Scio', two from York, two from Bridgewater, and one each from Pittsfield, Webster, Sharon, Augusta, Tpsilanti, Jackson and Pennsylvania.