Progress Of The Ypsilanti Sewers 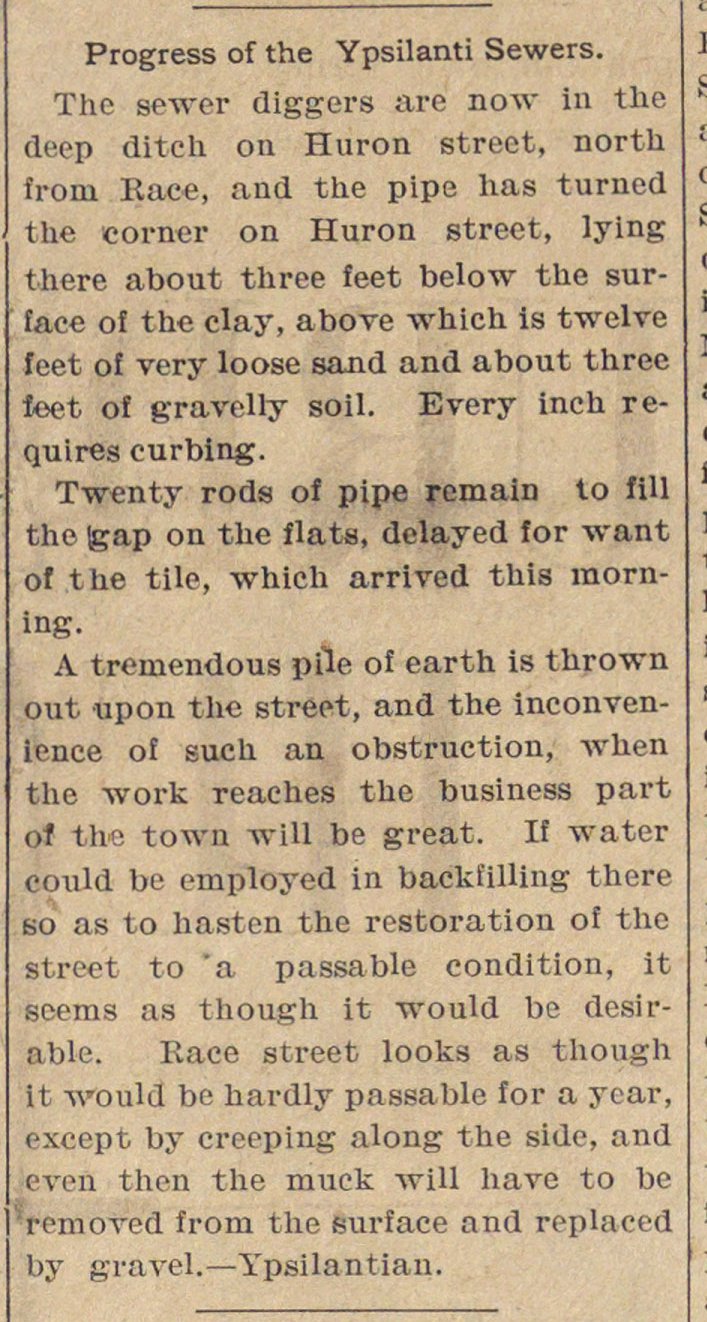 The sewer diggers are noiv in the deep ditch on Huron street, north from Kace, and the pipe has turncd the corner on Huron street, lying ■here about three ieet below the surace of the clay, above which is twelve eet ol very loose sand and about threc eet ol gravelly soil. E very inch requires curblng. Twenty rods of pipe remain to fill the Igap on the flats, delayed for want of the tile, which arrived this momng. A treinemlous pile of earth is thrown out upon the street, and the ineonvenence of sucli an obstruction, when the work reaches the business part of the towa will be great. IE water could be employed in backfilling there o as to hasten the restoration ol the street to 'a passable condition, it seems as though it would be desirable. Race street looks as though t would be hardly passable for a year, except by creeping along the side, and cvon then the muck will have to be removed from the Surface and replaced by