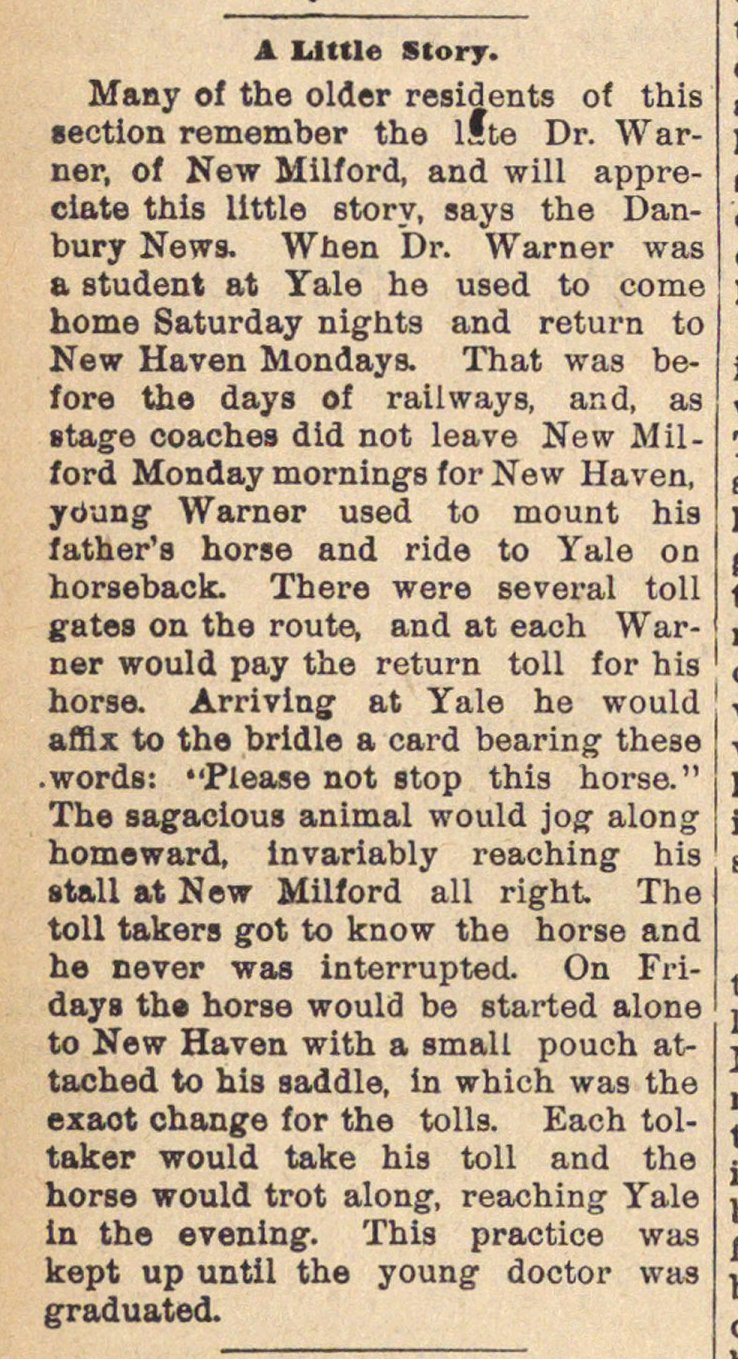 M&ny of the older residents of this seetion remember the lfte Dr. Warner, of New Milford, and will appreclate this little story, says the Danbury News. When Dr. Warner was a student at Yale he used to come home Saturday nights and return to New Haven Mondays. That was before the days of railways, and, as stage coaches did not leave New Milford Monday mornings for New Haven, yöung Warner used to mount hia father's horse and ride to Yale on horseback. There were several toll gatea on the route, and at each Warner would pay the return toll for his ' horse. Arriviug at Yale he would affix to the bridle a card hearing these words: "Please not stop this horse." The sagaclous animal would jog along homeward, invariably reaohing his ' stall&tNew Milford all right The toll takers got to know the horse and he never was interrupted. On Fridays th horse would be started alone ' to New Haven with a small pouch attached to his saddle, in which was the exaot change for the tolls. Each toltaker would take his toll and the horse would trot along, reaching Yale in the evening. This practico was kept up until the young doctor was graduated.