A Combination Sure To Win 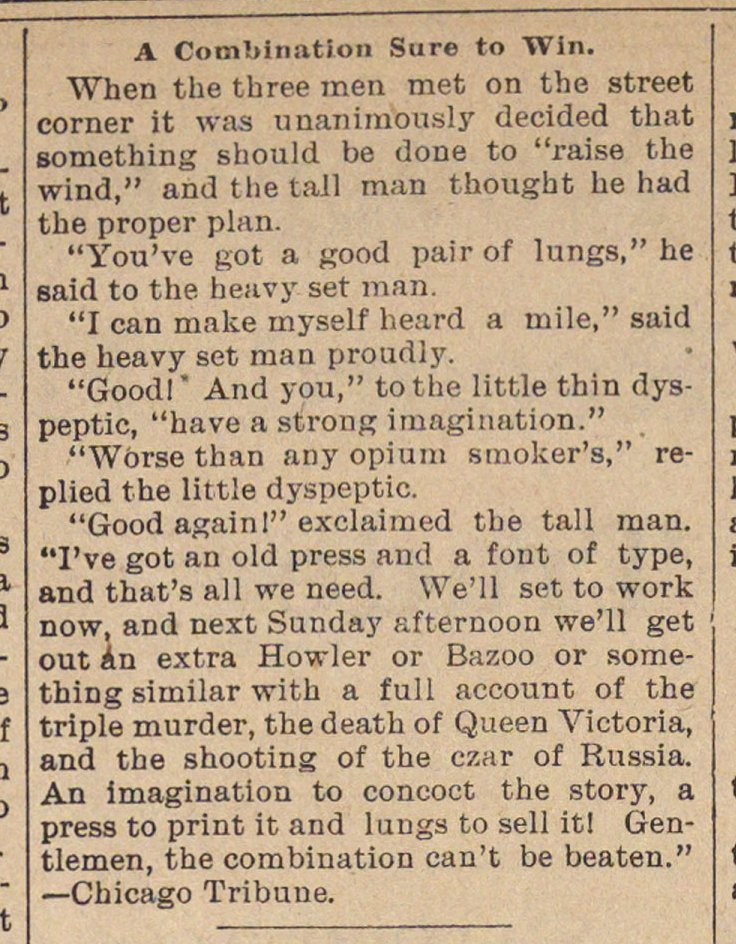 When the three men met on the street corner it was nnaniiribusly decided that something should be done to "raise the wind," and the tall man thougbt he had the proper plan. "You've got a ood pair of lungs," he said to the heavy set man. "I can make myself heurd a triile," said the heavy set man proudly. "Goodl" And you," tothe little thin dyspeptic, "have a strong imagination." "Wórse than any opium smoker's," replied the little dyspeptic. "Good againl" exclaimed the tall man. "l've got an oíd press and a fout of type, and that's all we need. We'll set to work now, and next Sunday afternoon we'll get out án extra Howler or Bazoo or something similar with a full account of the triple murder, the death of Queen Victoria, and the shooting of the czar of Russia. An imagination to concoct the story, a press to print it and lungs to sell itl Gentlemen, the combination can 't be beaten."