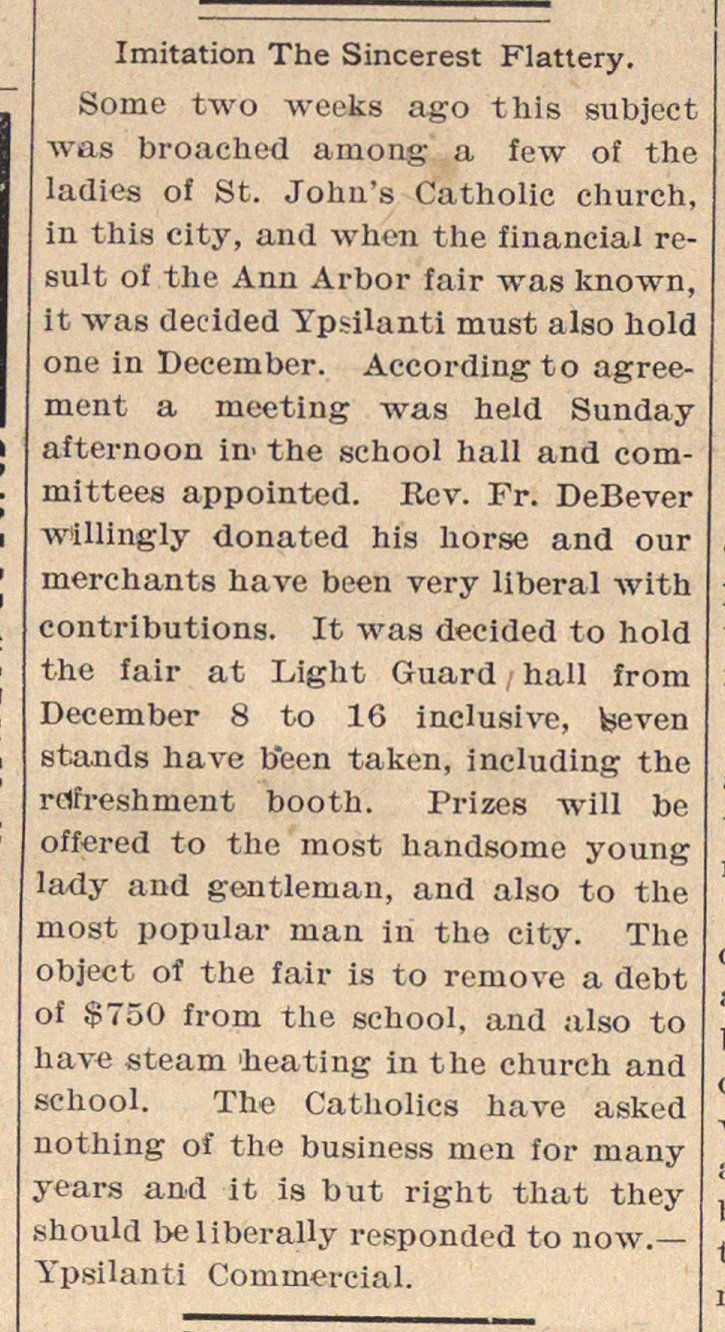 Some two weeks ago this subject was broached among a few of the ladies of St. John's Catholic church, in this city, and when the financial result of the Ann Arbor fair was known, it was decided Ypsilanti must also hold one in December. Accordingto agreement a meeting was held Sunday afternoon in the school hall and committees appointed. Rcv. Fr. DeBever willingly donated his horse and our merchants have been very liberal with contributions. It was decided to hold the fair at Light Guard , hall from December 8 to 16 inclusive, feeven stands have tfeen taken, including the rclfreshment booth. Prizes will be offcred to the most handsome young lady and gentleman, and also to the most popular man in the city. The object of the fair is to remove a debt of $750 from the school, and also to have steam 'heating in the church and school. The Catholics have asked nothing of the business men for many years and it is but right that they shouUl beliberally responded to