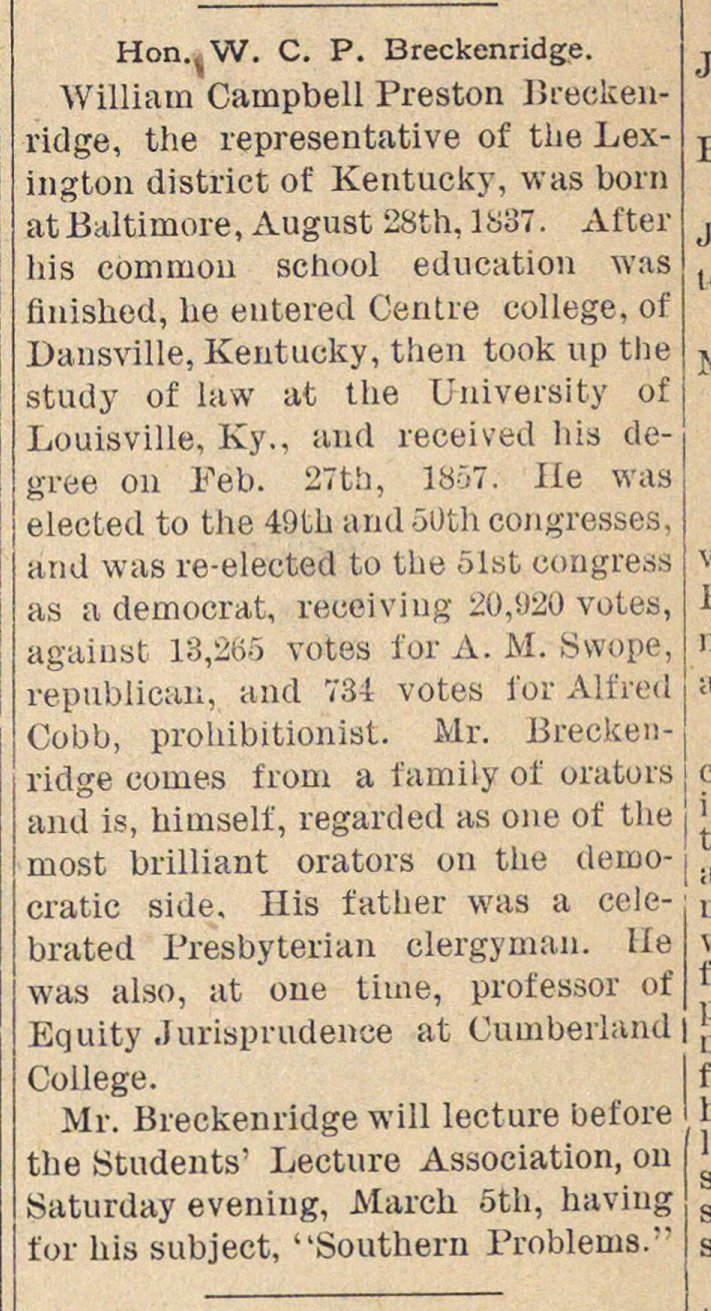 Williatn Campbell Preston Breekenridge, the representative of the Lexington district of Kentucky, was born at Baltimore, August 28th, 1S37. After his common school education was fluished, lie entered Centre college, of Dansville, Kentucky, then took up the study of law at the University of Louisville, Ky., and received his degree on Fèb. 27th, 1807. líe was elected to the 49th and öüth congresses, and was re-elected to the ölst congresa as a democrat, reeeiviug 20,920 votes, against 18,265 votes lor A. M. Swope, republican, and 734 votes lor Alfred i Cobb, prohibitionist. Mr. Breckenridge coinés from a family of orators j and is, himself, regarded as one of the most brilliant orators on the j cratic side, His father was a celebrated Presbyterian clergyman. He was also, at one time, professor of Equity Juiispradence at Cumberland College. Mr. Breckenridge will lecture before the Students' Lecture Association, on Saturday eveniug, Alaren 5th, having for his subject, "Southern Problema. "