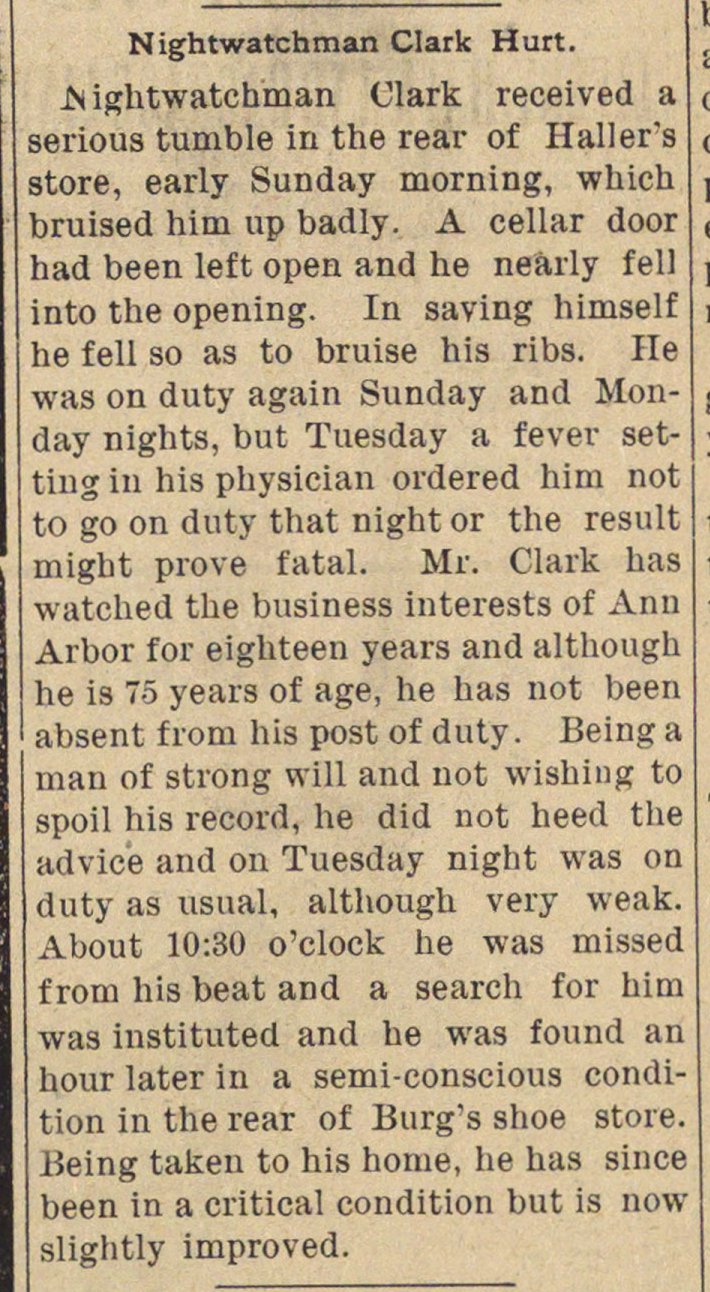 .Nightwatchman Clark received a serious tumble in the rear of Hallers store, early Sunday morning, which bruised him up badly. A cellar door had been left open and he neárly feil into the opening. In saving himself he feil so as to bruise his ribs. He was on duty again Sunday and Monday nights, but Tuesday a fever setting in his physician ordered him not to go on duty that night or the result might prove fatal. Mr. Clark has watched the business interests of Ann Arbor for eighteen years and although he is 75 years of age, he has not been absent from his post of duty. Being a man of strong will and not wishing to spoil his record, he did not heed the advice and on Tuesday night was on duty as usual, although very weak. About 10:30 o'clock he was missed from his beat and a search for him was instituted and he was found an hour later in a semi-conscious condition in the rear of Burg's shoe store. Being taken to his home, he has since been in a critical condition but is now slightly improved.