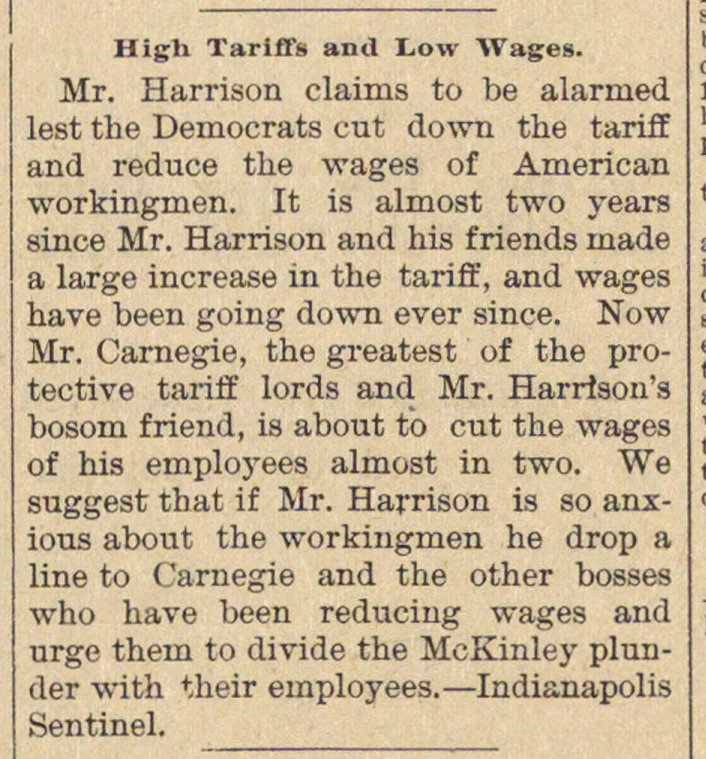 Mr. Harrison claims to be alarmed lest the Democrats cut down the tariff and reduce the wages of American workingmen. It is almost two years since Mr. Harrison and his friends made a large increase in the tarifï, and wages have been going down ever since. Now Mr. Carnegie, the greatest of the protective tariff lords and Mr. Harriaon's bosom friend, is about to cut the wages of his employees almost in two. We suggest that if Mr. Harrison is so anxious about the workingmen he drop a line to Carnegie and the other bosses who have been reducing wages and urge them to divide the McKinley