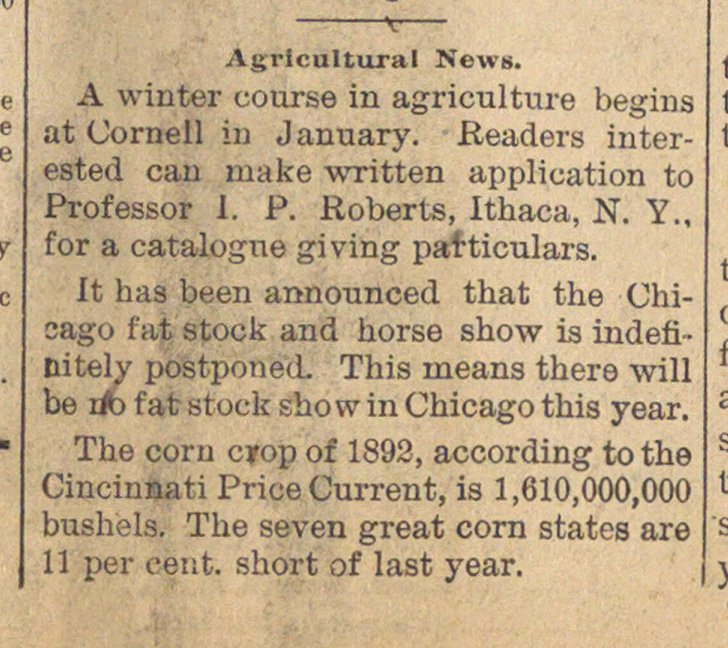 A winter course in agriculture begins at Cornell in January. Readers interested eau make written application to Professor I. P. Roberts, Ithaca, N. Y., for a catalogue giving pafticulars. It has been announced that the Chicago fat stock and norse show is indefiDitely postponed. This rneans there will be ifc fat stock show in Chicago this year. The coru c?op of 1892, according to the Cincinnati PriceCurrent, is 1,610,000,000 bushels. The seven great corn states are 11 per cent. short of last year.