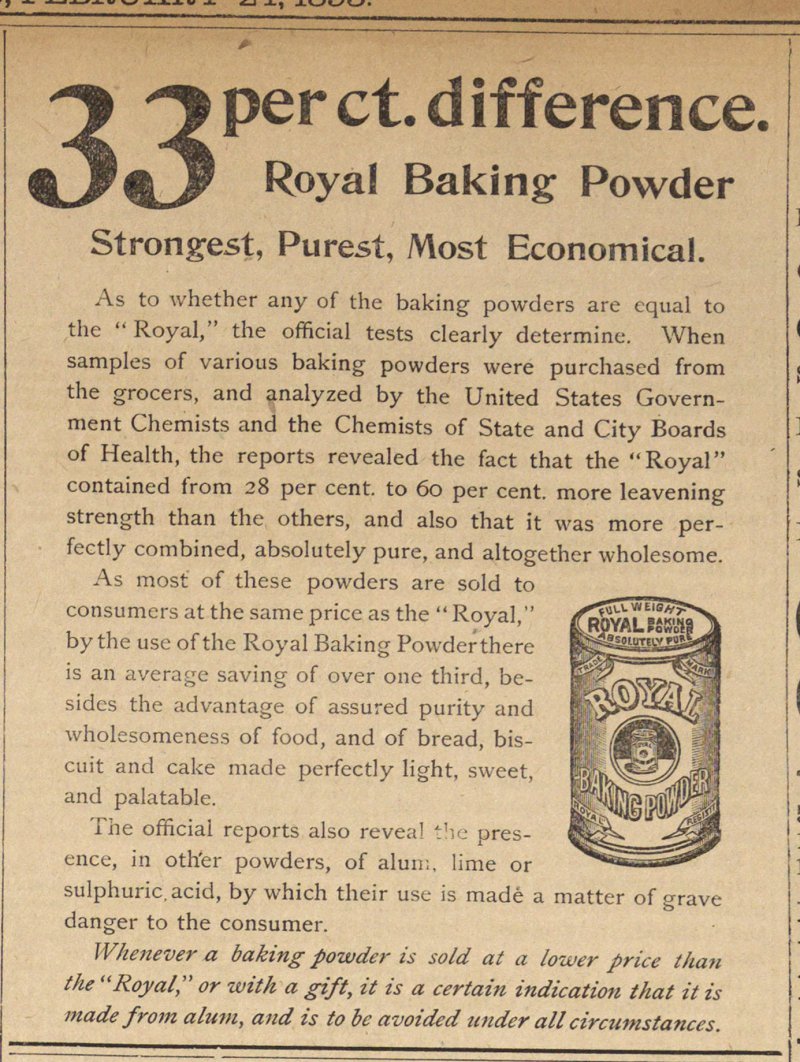 2 qjperctdifference. %Jr% Royal Baking Powder Strongest, Purest, Most Economical. As to whether any of the baking powders are equal to the " Royal," the official tests clearly determine. When samples of various baking powders were purchased from the grocers, and analyzed by the United States Government Chemists and the Chemists of State and City Boards of Health, the reports revealed the fact that the "Royal" contained from 28 per cent. to 60 per cent. more leavening strength than the others, and also that it was more perfectly combined, absolutely pure, and altogether wholesome. As most of these powders are sold to consumere at the same price as the "Royal," almkmN by the use of the Royal Raking Powder'there IpÖËiSlfeÉ is an average saving of over one third, besides the advantage of assured purity and wholesomeness of food, and of bread, biscuit and cake made perfectly light, sweet, and palatable. The official reports also revea! the presence, in othfer powders, of alun;, lime or sulphuric.acid, by which their use is made a matter of grave danger to the consumer. Whenever a baking powder is sold at a lower price tkan the "Royal" or with a gift, it is a certain indication that it is made f rom alum, and is to be avoided under allcircumstances. ■BI