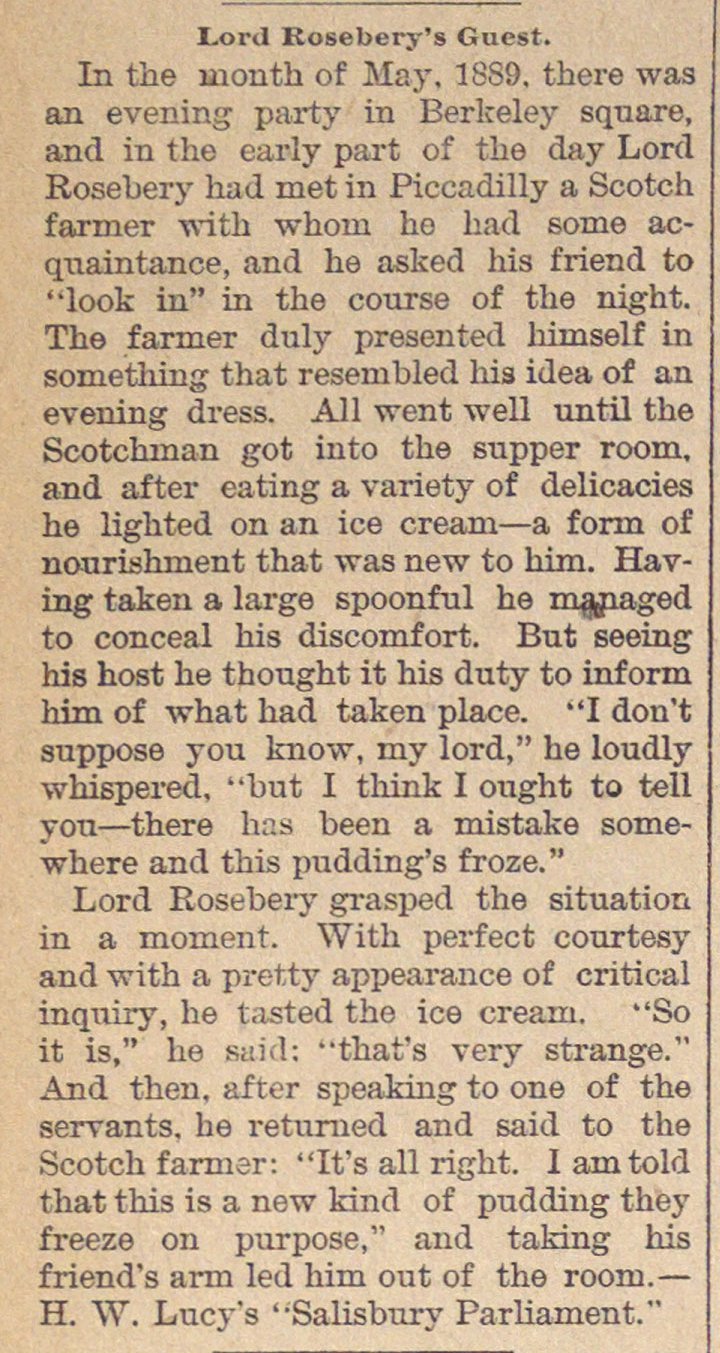 In the uiouth of May, 1SS9. there was an evening party in Berkeley square, and in the early part of the day Lord Rosebery had met in Piccadilly a Scotch farmer with whom ho had some acqtiaintance, and he asked his friend to "look in" in the course of the night. The farmer duly presented liimself in something that resembled his idea of an evening dress. All went well until the Scotchman got into the supper room, and after eating a variety of delicacies he lighted on an ice creani - a fonn of nourishment that was new to him. Having taken a large spoonfnl he mfpaged to conceal his discomfort. Bnt seeing his host he thought it his duty to inform him of what had taken place. "I don't suppose you know, my lord," he loudly whispered, "but I think I ought to teil yon - there h::s been a mistake somewhere and this pudding's froze." Lord Rosebery grasped the situation in a moment. With perfect courtesy and with a pretty appearance of critical inquiry, he tasted the ice creani. "So it is," he Büid; "that's very strange." And then, after speaking to one of the serrants, he retunied and said to the Scotch farmsr: "It's all right. I amtold that this is a new kind of pudding they freeze on purpose," and taking his friend's arm led him out of the room. -