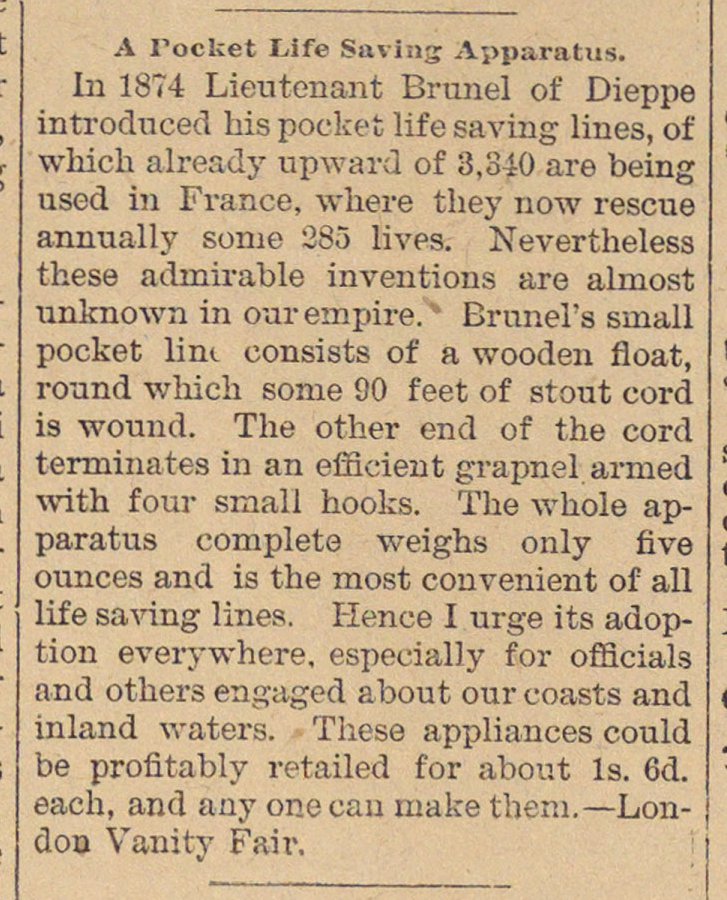 introduced bis pocket life saving lines, of which already opward of 3,30 are being used in France, where they now rescue aimually some 283 lives. Nevertheless these admirable inventions are almost unknown in our empire. Brnnel's small pocket lint consists of a wooden float, round which some 90 feet of stout cord is wound. The other end of the cord termina tes in an efficiënt grapnel ai-med ■with four sraall hooks. The whole apparatus complete weighs only five ounces and is the most couvenient of all life sa ving lines. Henee I urge its adoption everywhere. especially for officials and others engaged about our coasts and inland waters. Tliese appliances could be profitably retailed for about Is. 6d.