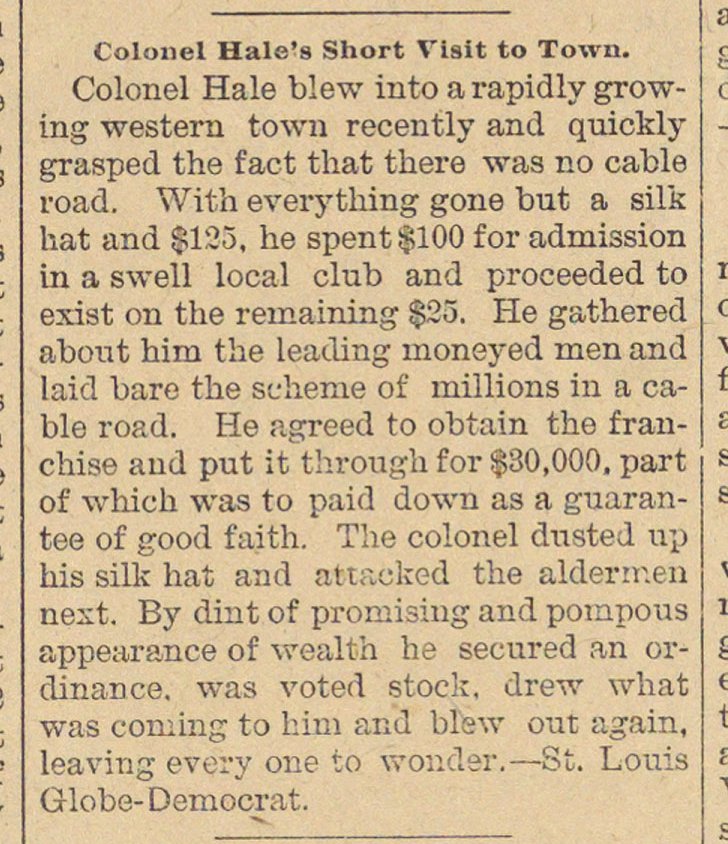 Colonel Hale blew into a rapidly growing western town recently and quickly grasped the fact that there was no cable road. With everything gone but a silk hat and $123, he spent 100 for admission in a swell local club and proceeded to exist on the remaining $25. He gathered about him the leading moneyed men and laid bare the seheme of millions in a cable road. He agreed to obtain the franchise and put it through for $30,000, part of which was to paid down as a guarantee of good faith. The colonel dnsted up his silk hat and attacked the aldermen next. By dint of promising and pompous appearance of wealth he secured an ordinance. was voted stock, drew what was coming to him ar.d bkw out again,