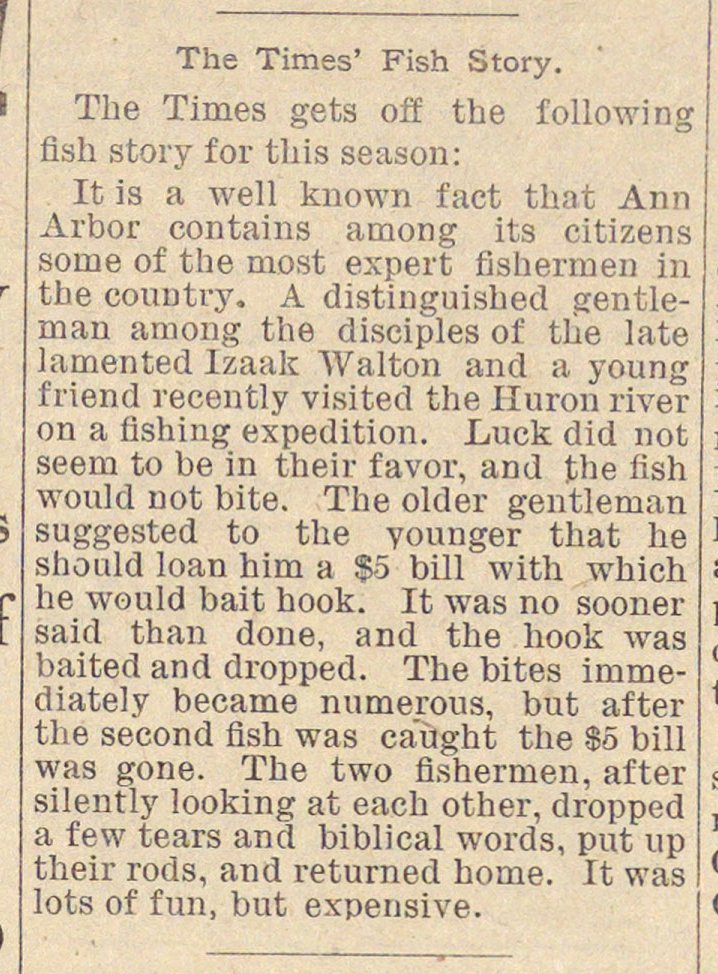 The Times gets off the following flsh story for this season: It is a well known fact that Ann Arbor eontains among its citizens some of the most expert fishermen in the couütry. A distinguished gentleman among the disciples of tlie late lamented Izaak Walton and a young friend recently visited the Huron river on a flshing expedition. Luck did not seem to be in their favor, and the fish would not bite. The older gentleman suggested to the younger that he should loan him a $5 bilí with which he would bait hook. It was no sooner said than done, and the hook was baited and dropped. The bites immediately became numerous, but after the seeond flsh was ca'üght the $5 bill was gone. The two fishennen, after silently looking at each other, dropped a few tears and biblical words, put up their rods, and returned home. It was lots of fun, but expensive.