Expert Revolver Shots In The Army 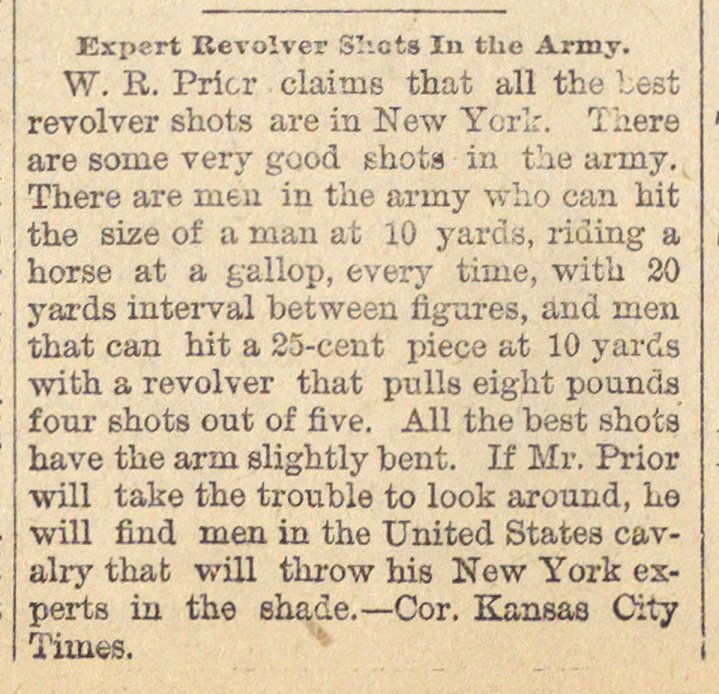 W. B. Prior claims that all the Lest revolver shots are in New Yorlr. ï liere are some very good shots in the arrny. There are men in the army who can hit the size of a man at 10 yards, riding a horse at a allop, every time, with 20 yards interval between figures, and men that can hit a 25-cent piece at 10 yards with a revolver that pulls eight pouncis four shots out of five. All the best shots have the arm slightly bent. If Mr. Prior will take the trouble to look arouud, he will find men in the United States cavalry that will tkrow bis New York