Trying Cases In The Circuit Court 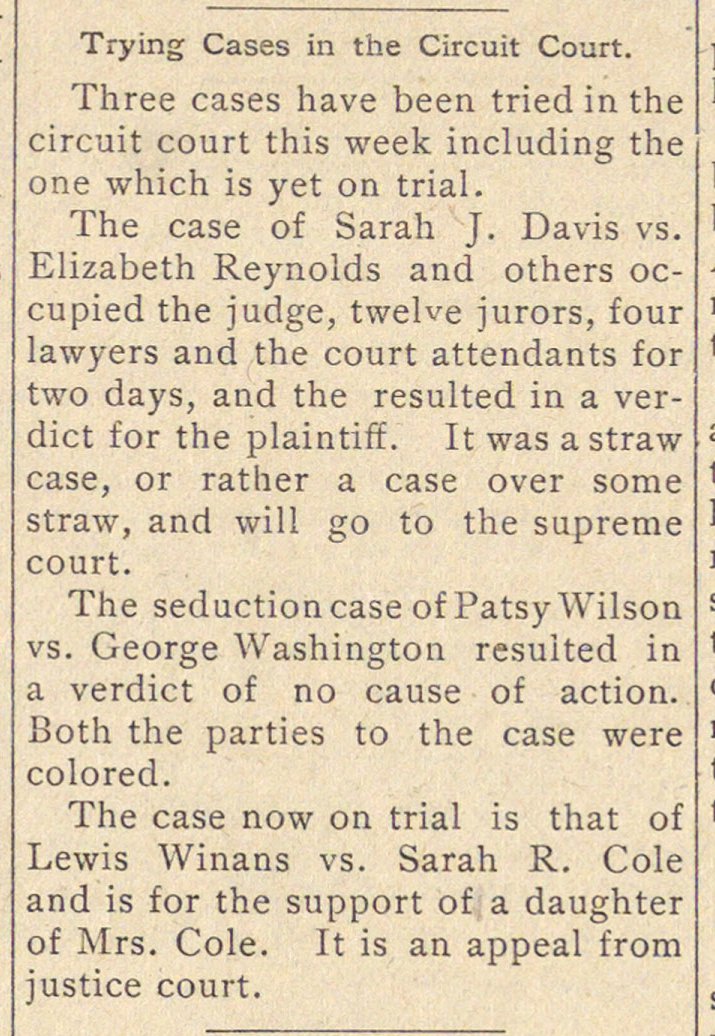 Three cases have been tried in the circuit court this week including the one which is yet on trial. The case of Sarah J. Davis vs. Elizabeth Reynolds and others occupied the judge, twelve jurors, four lawyers and the court attendants for two days, and the resulted in a verdict for the plaintiff. It was a straw case, or rather a case over some straw, and will go to the supreme court. The seductioncase of Patsy Wilson vs. George Washington resuited in a verdict of no cause of action. Both the parties to the case were colored. The case now on trial is that of Levvis Winans vs. Sarah R. Cole and is for the support of a daughter of Mrs. Cole. It is an appeal from justice court.