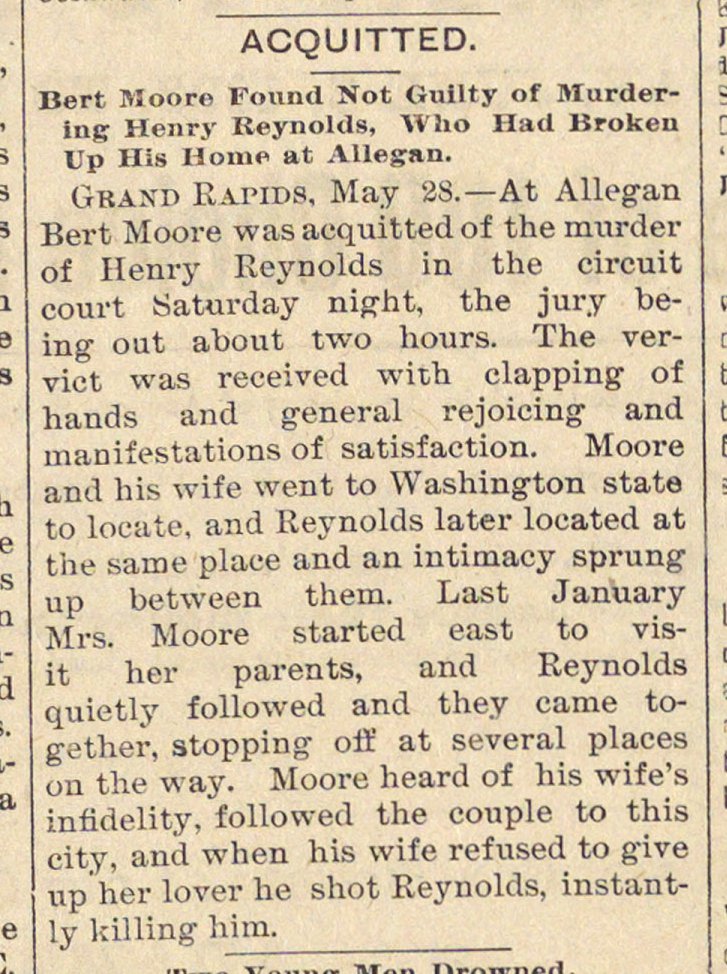 Gbaxd Kapids, May 2S. - At Allegan Bert Moore was acquitted of the murder of Henry Reynolds in the circuit court Saturday night, the jury being out about two hours. The vervict was received with clapping of hands and general rejoicing and maaifestations of satisfaction. Moore and bis wife went to Washington state to lócate, and Reynolds later located at the same place and an intimacy sprung up between them. Last January Mrs. Moore started east to visit her parents, and Reynolds quietly followed and they came together, stopping oö' at several places on the way. Moore heard of his wife's infidelity, followed the couple to this city, and when his wife refused to give up her lover he shot Reynolds, instantly killing lum.