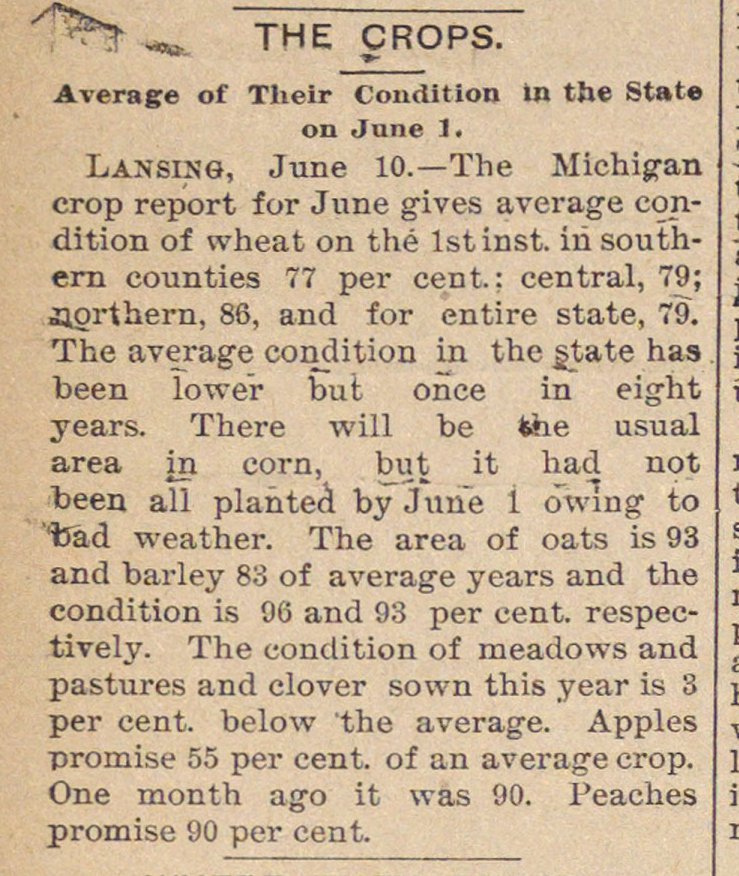 Lansijíg, June 10.- The Michigan erop report for June gives average condition of wheat on thé lstinst. iñ southern counties 77 per cent.: central, 79; Northern, 86, and for entire state, 79. The average condition in the gtate has been lower but once in eight years. There will be tóie usual área in corn, but it had not been all plañted by June 1 owing to tíád weather. The area of oats is 93 and barley 83 of average years and the condition is 96 and 93 per cent. respectively. The condition of meadows and pastures and clover sown this year is 3 per cent. below 'the average. Apples promise 55 per cent. of an average erop. One month ago it was 90. Feaches promise 90 per cent.