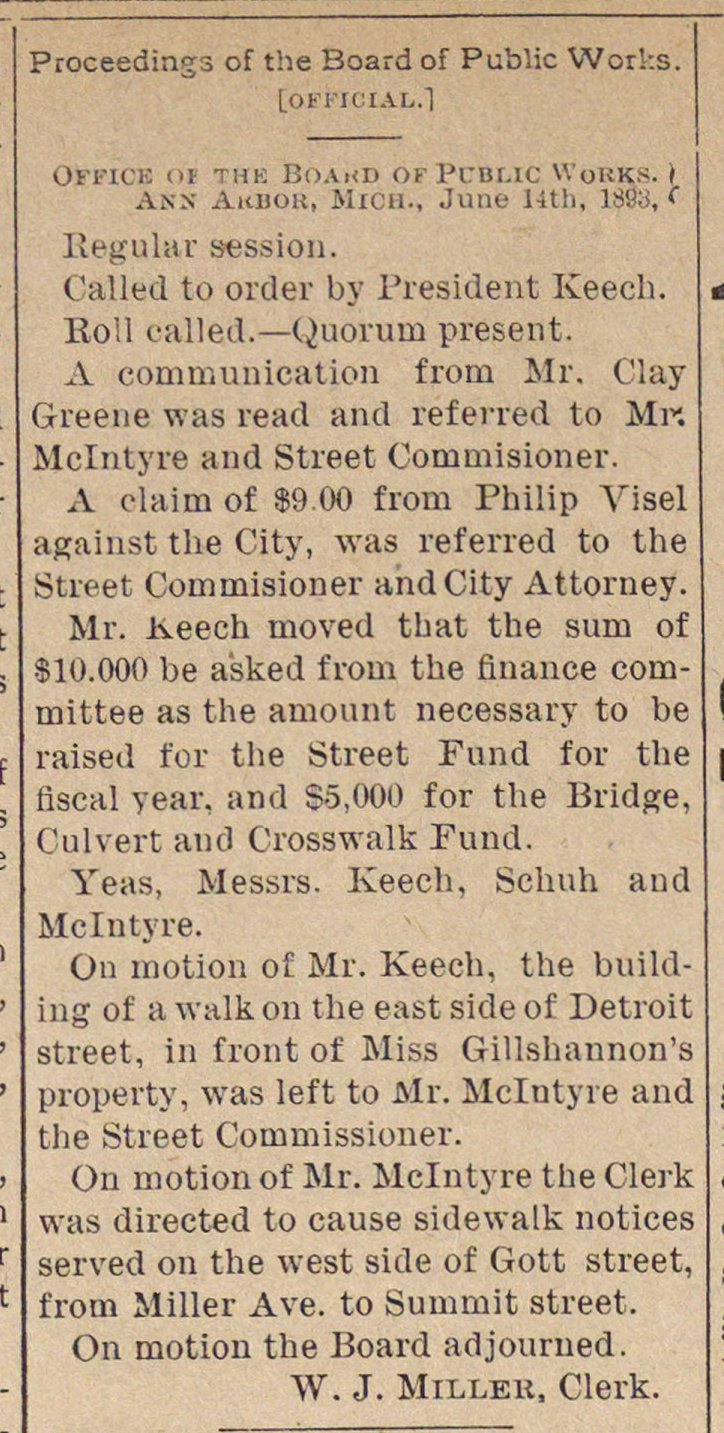 [Ot I HIAI..1 OfFICE Of TUK BOAXD OFPL'Br.lC U'oHKS. I AKS Aniiou, Hioh., June Hth, 1893, f Regular session. Called to order by President Keech. Eoll called.- Quorum present. A communication from Mr. Clay Greene was read and referred to Mr. Mclntyre and Street Conimisioner. A claim of $9.00 from Philip Visel against the City, was referred to the Street Commisioner and City Attorney. Mr. .Keech moved that the sum of $10.000 be asked from the finalice committee as the amount necessary to be raised for the Street Fund for the flscal year, and S-5,000 for the Bridge, Culvert and Crosswalk Fuod. Yeas, Messrs. Keech, Schuh and Mclntyre. On motion oL Mr. Keech, the building of a walk on the east side of Detroit street, in front of Miss Gillshannon's property, was left to Mr. Mclntyre and the Street Commissioner. On motion of Mr. Mclntyre the Clerk was directed to cause sidewalk notices served on the west side of Gott street, from Miller Ave. to Summit street. On motion the Board adjourned.