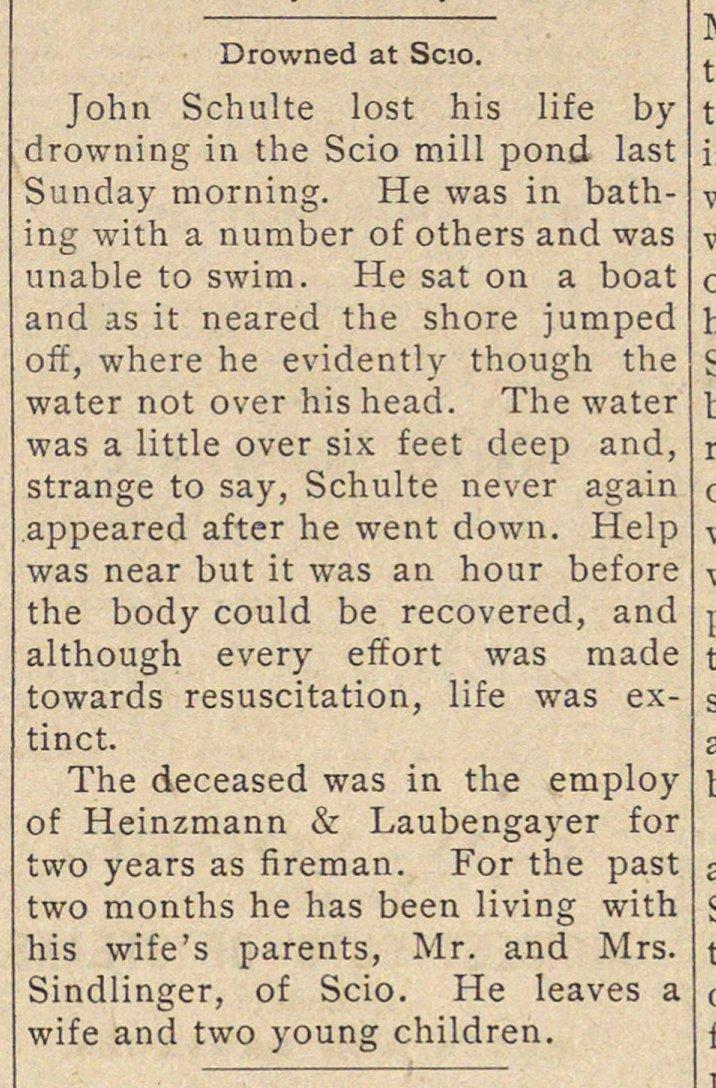 John Schulte lost his life by drowning in the Scio mili pond last Sunday morning. He was in bathing with a number of others and was unable to swim. He sat on a boat and as it neared the shore jumped off, where he evidently though the water not over hishead. The water was a little over six feet deep and, strange to say, Schulte never again appeared after he went down. Help was near but it was an hour before the body could be recovered, and although every effort was made towards resuscitation, life was extinct. The deceased was in the employ of Heinzmann & Laubengayer for two years as fireman. For the past two months he has been living with his wife's parents, Mr. and Mrs. Sindlinger, of Scio. He leaves a wife and two young children.