Our County Treasurer As A Linguist 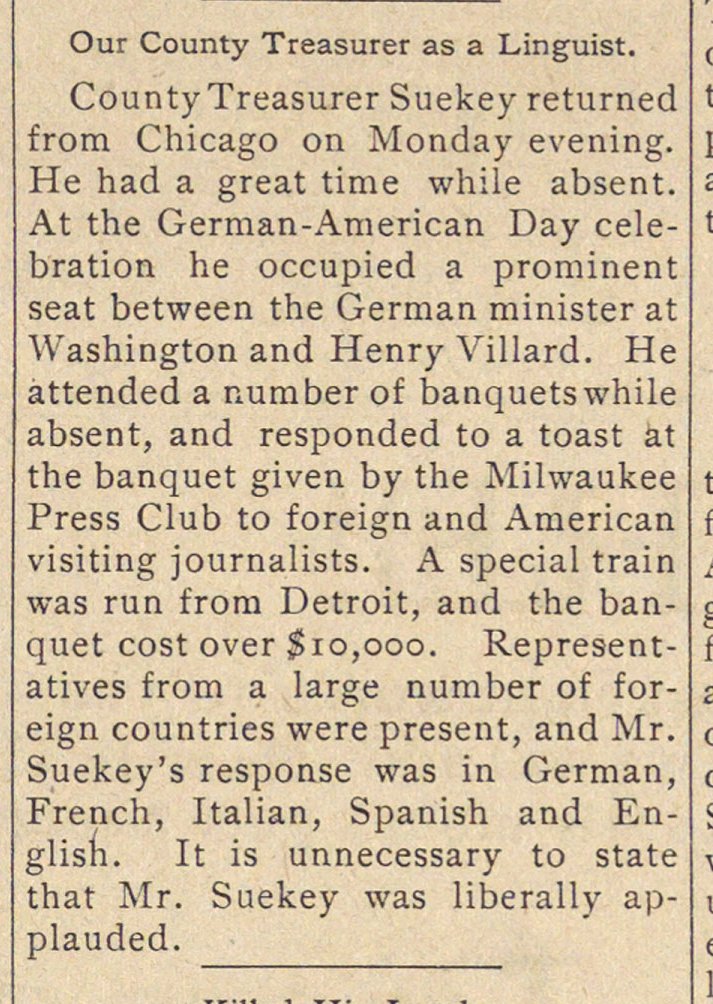 County Treasurer Suekey returned from Chicago on Monday evening. He had a great time while absent. At the German-American Day celebration he occupied a prominent seat between the Germán minister at Washington and Henry Villard. He attended a number of banquetswhile absent, and responded to a toast at the banquet given by the Milwaukee Press Club to foreign and American visiting journalists. A special train was run from Detroit, and the banquet cost over $10,000. Representatives from a large number of foreign countries were present, and Mr. Suekey's response was in Germán, French, Italian, Spanish and English. It is unnecessary to state that Mr. Suekey was liberally applauded.