Somnambulism Due To Profound Sleep 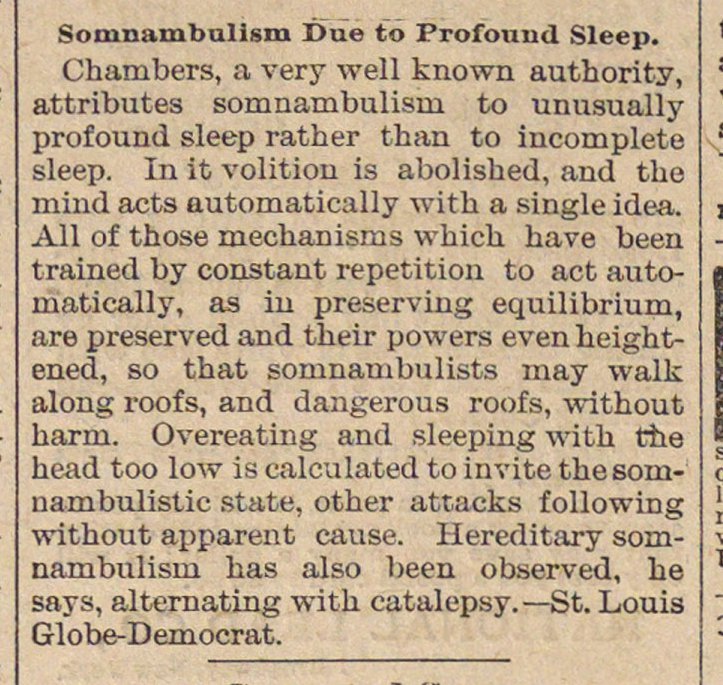 Chambers, a very well known authority, attributes somnambulisrn to unusually profound sleep rather than to incomplete sleep. In it volition is abolished, and the mind acts automatically with a single idea. All of those mechanisms whicb. have been trained by constant repetition to act automatically, as iu preserving equilibrium, are preserved and their powers even heightened, so that somnambulists may walk along roofs, and dangerous roofs, without harin. Overeating and sleeping with the head too low is calculated to invite thesoninambulistic state, other attacks following without apparent cause. Hereditary somnambulism bas also been observed, he savs. alternatins with catalepsv.