Has Been Stealing Letters For Years 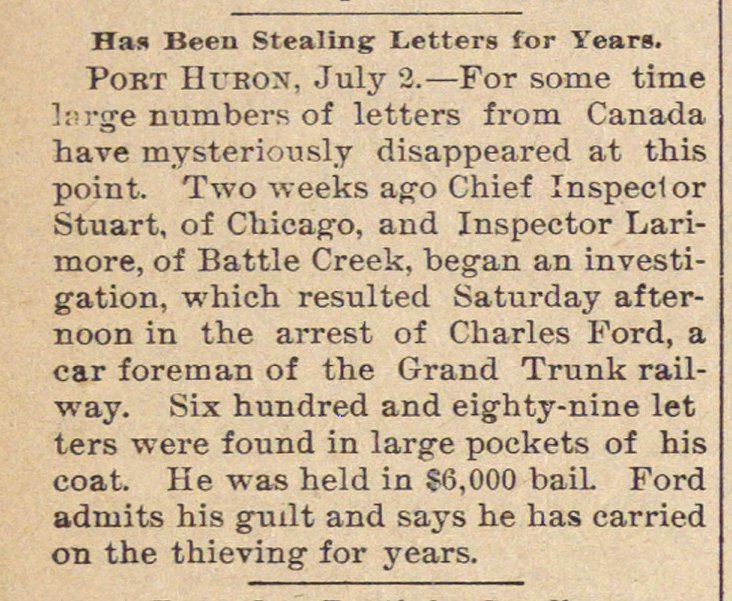 Port Hurón, July 2. - For some time l:-;-sje numbers of letters from Canada have mysteriously disappeared at this point. Two weeks ago Chief Inspeel or Stuart, of Chicago, and Inspector Larimore, of Battle Creek, began an investigation, which resulted Saturday afternoon in the arrest of Charles Ford, a car foreman of the Grand Trunk railway. Six hundred and eighty-nine let ters were found in largre pockets of his coat. He was held in $6,000 baiL Ford adruits his guilt and says he has carried on the thieving for years.