How Our Representative Voted 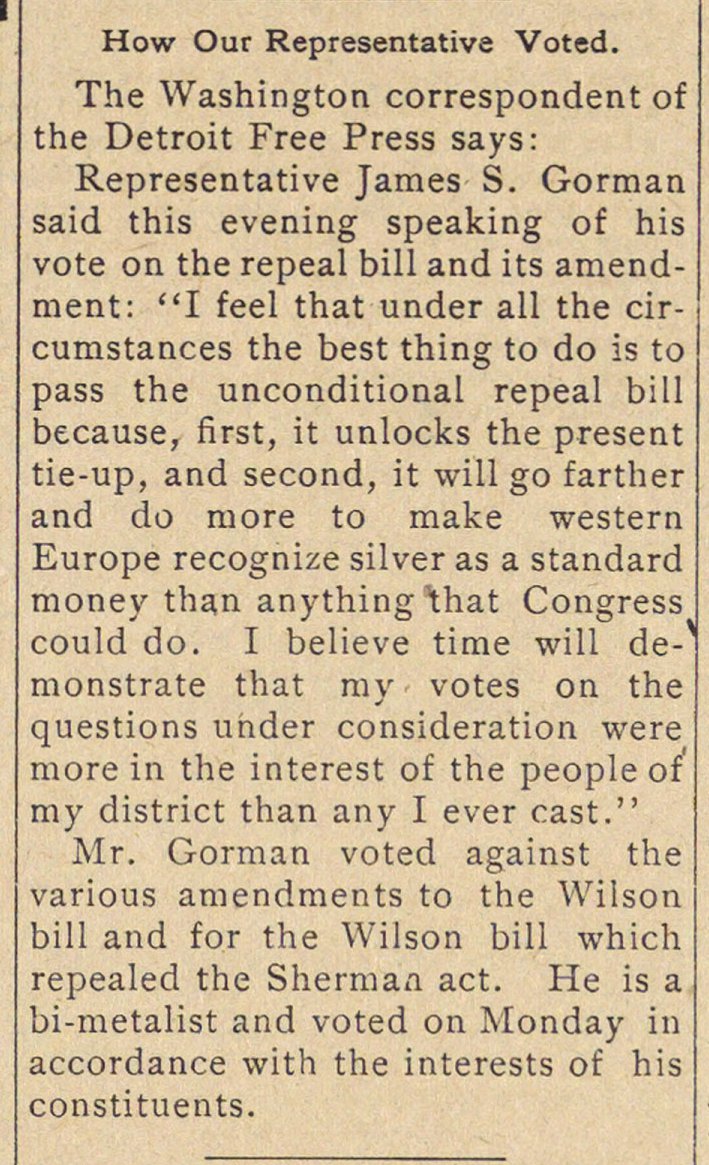 The Washington correspondent of the Detroit Free Press says: Representative James S. Gorman said this evening speaking of his vote on the repeal bill and its amendment: "I feel that under all the circumstances the best thing to do is to pass the unconditional repeal bill because, first, it unlocks the present tie-up, and second, it will go farther and do more to make western Europe recognize silver as a standard money than anythinghat Congress could do. I believe time will demónstrate that ray votes on the questions under consideration were more in the interest of the people of' my district than any I ever cast." Mr. Gorman voted against the various amendments to the Wilson bill and for the Wilson bill which repealed the Sherman act. He is a bi-metalist and voted on Monday in accordance with the interests of his constituents.