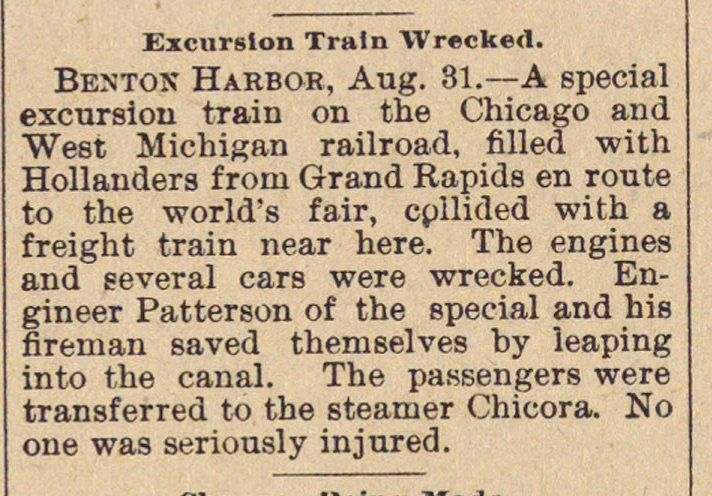 Benton Hakbor, Aug. 31.- A special excursión train on the Chicago and West Michigan railroad, filled with Hollanders from Grand Rápida en route to the world"s fair, cpllided with a freight train near here. The engines and geveral cars were wrecked. Engineer Patterson of the special and his fireman saved themselves by leaping into the canal. The passengers were transferred to the steamer Chicora. No one was seriously injured.