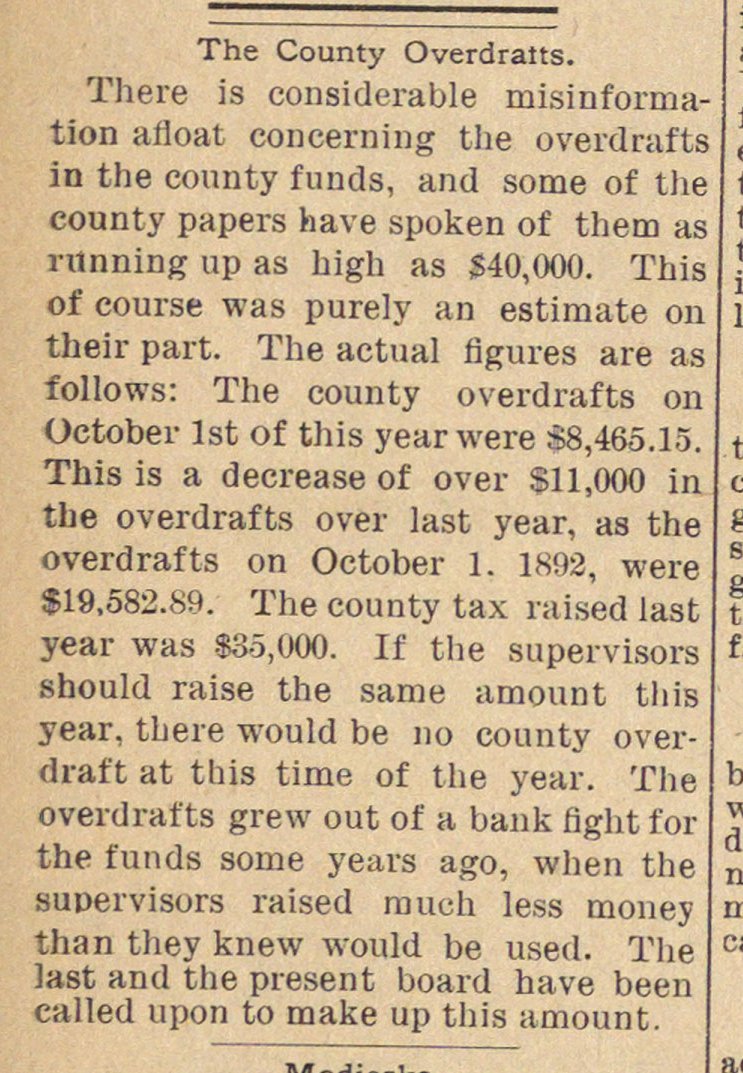 Th e re is considerable misinformation afloat concerning the overdrafts in the county funds, and some of the county papers have spoken of them as running up as high as $40,000. This of eourse was purely an estímate on their part. The actual figures are as follows: The county overdrafts on üctober lst of this year were 8,465.15. This is a decrease of over S11,000 in the overdrafts over last year, as the overdrafts on October 1. 1892, were $19,582.89. The county tax raised last year was $3-5,000. If the supervisors should raise the same amount tliis year, there would be no county overdraft at this time of the year. The overdrafts grew out of a bank fight lor the funds some years ago, when the supervisors raised much less money than they knew would be used. The last and the present board have been called upon to make up this amount.