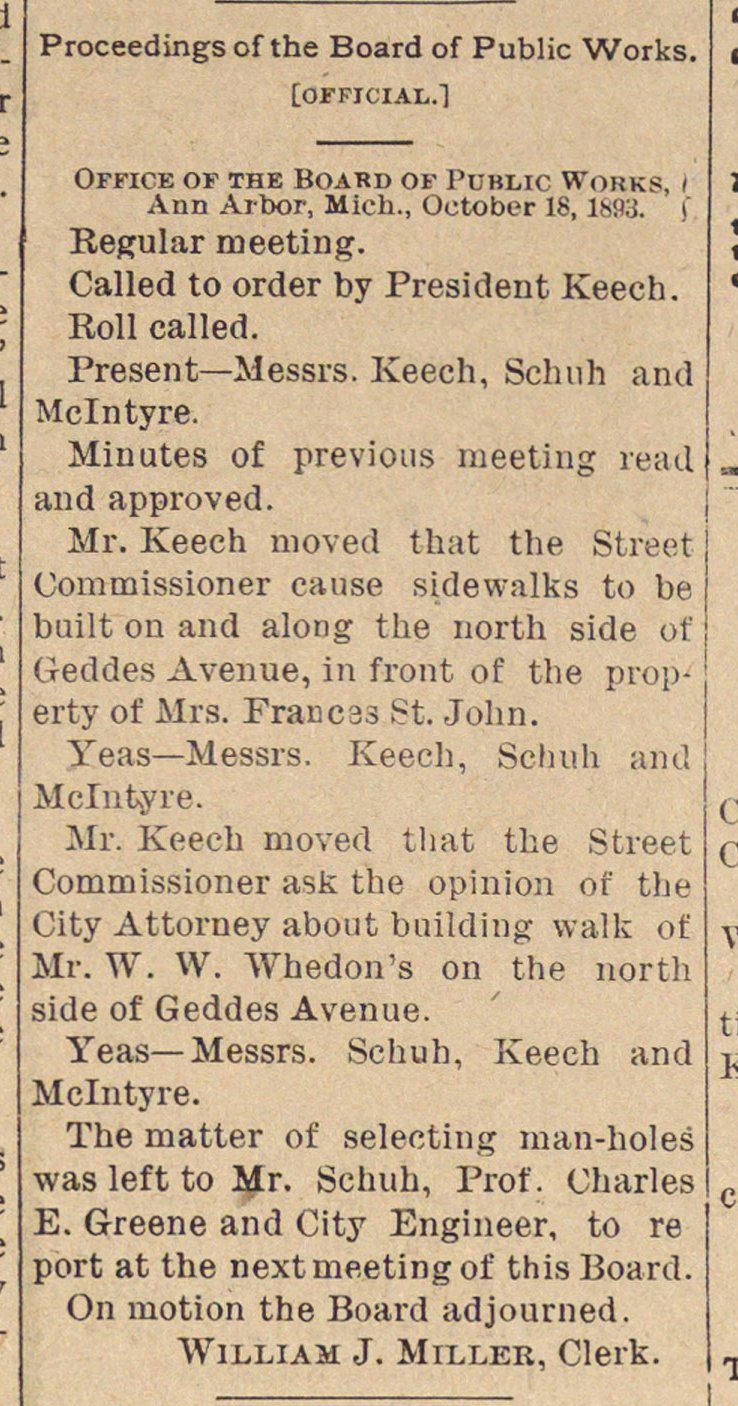 [official.] Office of the Board of Public Wokks, i Aun Albor, Mich., October 18, lbíKi. f Regular meeting. Called to order by President Keech. Roll called. Present- Messrs. Keech, Schuh and Mclntyre. Minutes of previous meeting read. and approved. Mr. Keech moved that the Street Commissioner cause sidewalks to be built on and along the north side of Geddes Avenue, in front of the property of Mrs. Francas St. John. Yeas- Messrs. Keech, Schuh and Mclntyre. Mr. Keech moved that the Street Commissioner ask the opinión of the City Attorney about building walk of Mr. W. W. Whedon's on the north ide of Geddes Avenue. Yeas - Messrs. Schuh, Keech and Mclntyre. The matter of selecting man-holes was left to Mr. Schuh, Prof. Charles E. Greene and City Engineer, to re port at the next meeting of this Board. On motion the Board adiourned. Clerk.