In The Circuit Court 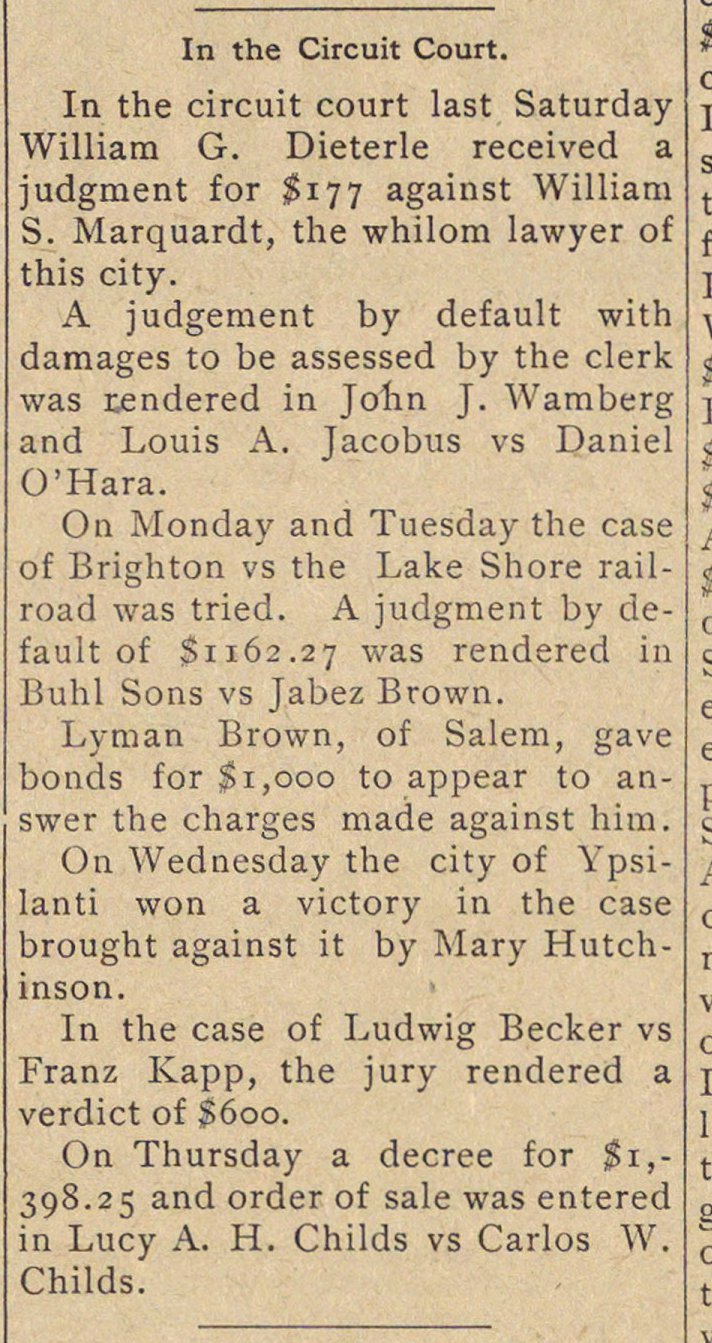 In the circuit court last Saturday William G. Dieterle received a judgment for $177 against William S. Marquardt, the whilom lawyer of this city. A judgement by default with datnages to be assessed by the clerk was tendered in John J. Wamberg and Louis A. Jacobus vs Daniel O'Hara. On Monday and Tuesday the case of Brighton vs the Lake Shore railroad was tried. A judgment by default of $1162.27 was rendered in Buhl Sons vs Jabez Brown. Lyman Brown, of Salem, gave bonds for $1,000 to appear to answer the charges made against him. On Wednesday the city of Ypsilanti won a victory in the case brought against it by Mary Hutchinson. In the case of Ludwig Becker vs Franz Kapp, the jury rendered a verdict of $600. On Thursday a decree for $1,398.25 and order of sale was entered in Lucy A. H. Childs vs Carlos W. Childs.