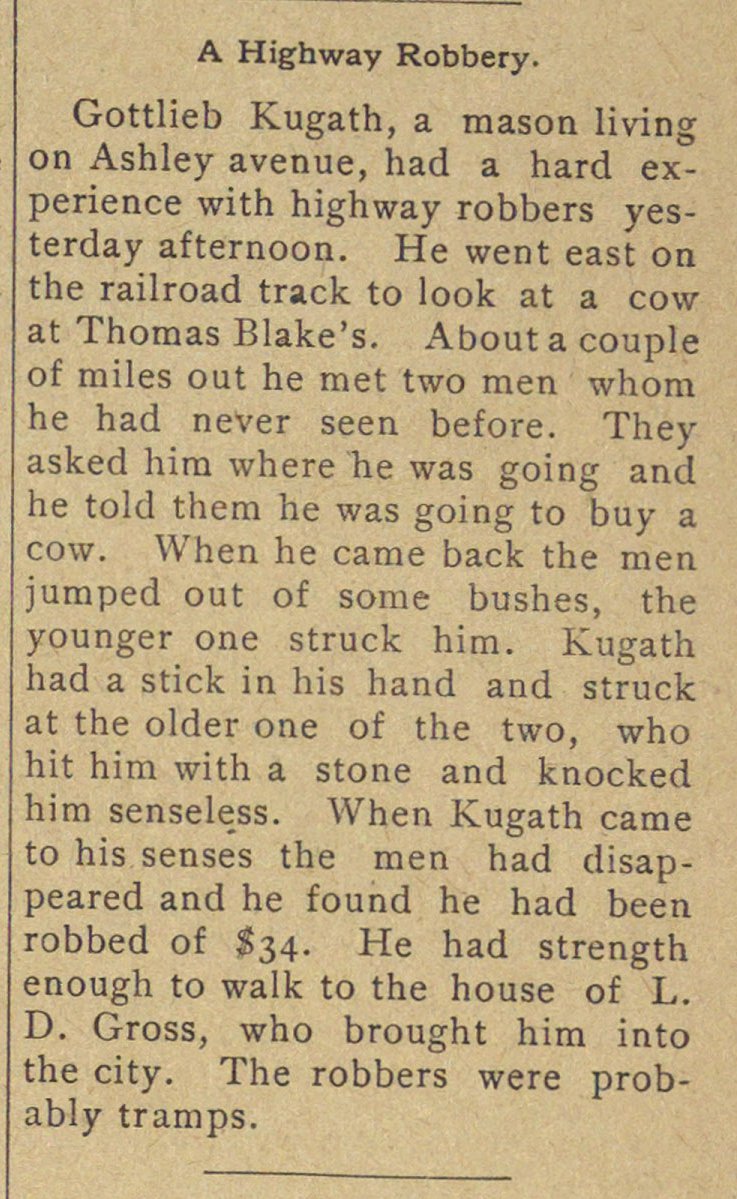 Gottlieb Kugath, a masón living on Ashley avenue, had a hard experience with highway robbers yesterday afternoon. He went east on the railroad track to look at a cow at Thomas Blake's. About a couple of miles out he met two men whom he had never seen before. They asked him where he was going and he told them he was going to buy a cow. When he carne back the men jumped out of some bushes, the younger one struck him. Kugath had a stick in his hand and struck at the older one of the two, who hit him with a stone and knocked him senseless. When Kugath came to his senses the men had disappeared and he found he had been robbed of S34. He had strength enough to walk to the house of L. D. Gross, who brought him into the city. The robbers were probably tramps.