Choked And Robbed In The Hallway 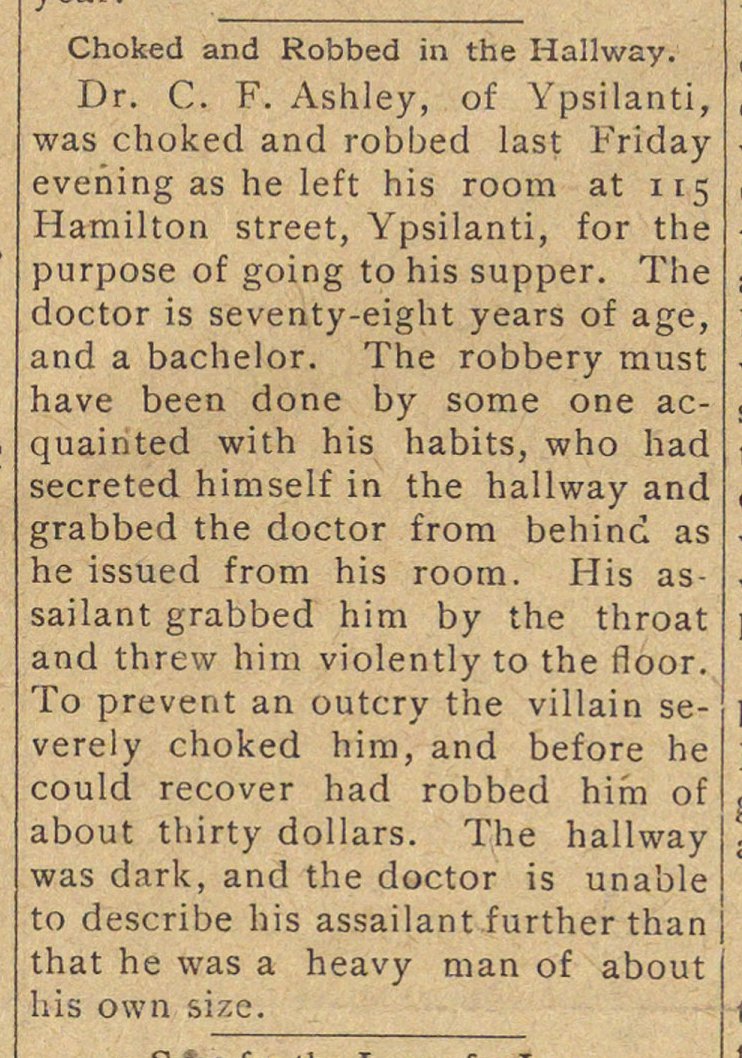 Dr. C. F. Ashley, of Ypsilanti, was choked and robbed last Friday evening as he left his room at 115 Hamilton street, Ypsilanti, for the purpose of going to his supper. The doctor is seventy-eight years of age, and a bachelor. The robbery must have been done by some one acquainted with his habits, who had secreted himself in the hallway and grabbed the doctor from behind as he issued from his room. His assailant grabbed him by the throat and threw him violently to the floor. To prevent an outcry the villain severely choked him, and before he could recover had robbed him of about thirty dollars. The hallway was dark, and the doctor is unable to describe his assailant further than that he was a heavy man of about his own sizc.