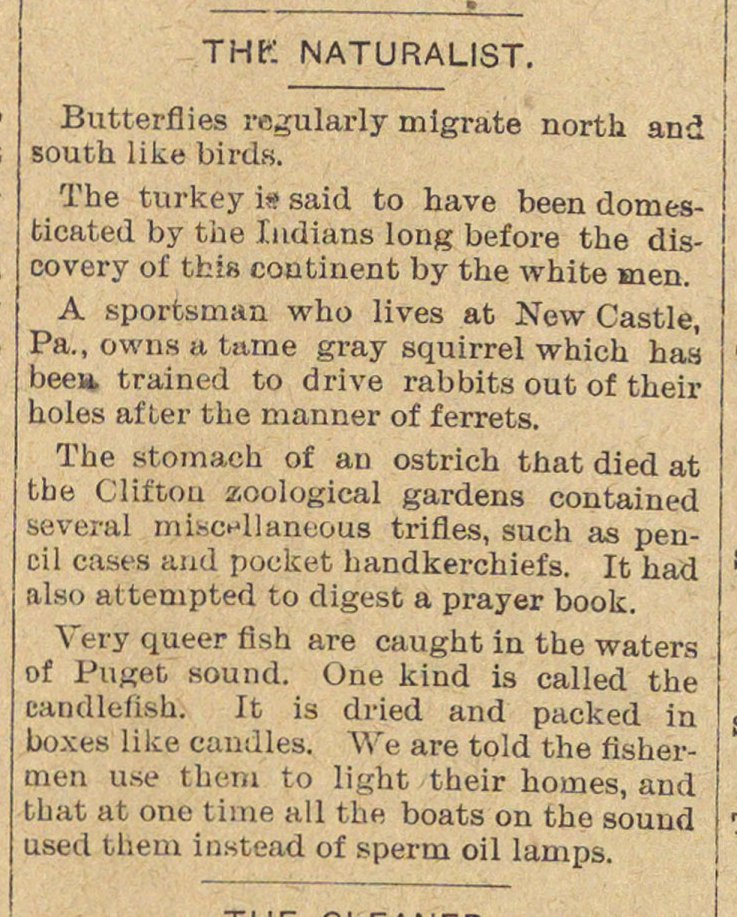 Butterflies regularly migrate north and south like birds. ïhe turkey i said to have been domesticated by the lndians long before the discovery of this continent by the white men. A sportsman who Uves at New Castle, Pa., owns a tame gray squirrel which has beei trained to drive rabbits out of their holes after the manner of ferrets. The stomach of au ostrich that died at the Clifton zoological gardens contained several miüCHllancous trifles, such as pencil cases and pocket handkerchiefs. It had ftlso attempted to digest a prayer book. Y iy queer fish are caught ia the waters of Puget sound. One kind is called the eandleflste It is dried and packed in boxts like candles. We are told the fishermen use thci.i to light their homes, and fchat at one time all the boats on the sound used i lieux instead of sperm oil lamps.