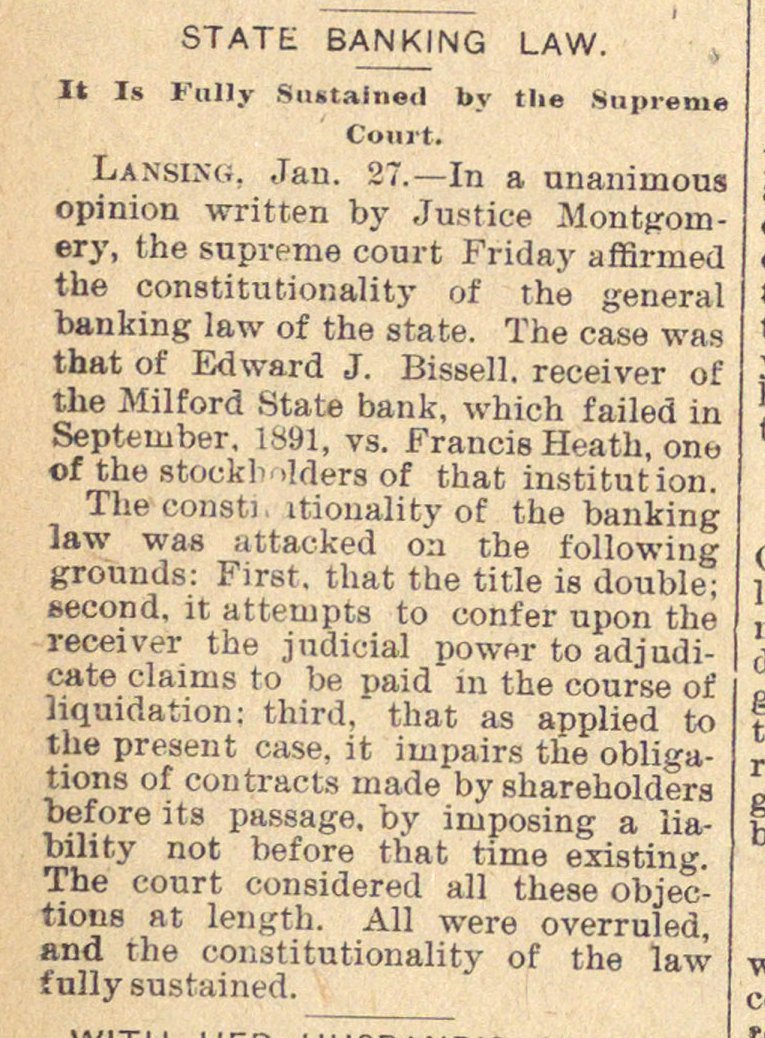 Lansixg. Jau. 27.- In a unaniinous opinión written by Justice Montgoinery, the supreme court Friday affirmed the constitutionality of the general banking law of the state. The case was that of Edward J. Bissell. receiver of the Milford State bank, which failed in September. 1891, vs. Francia Heath, ont, of the stock!" lders of that institution. Theconsti, itionality of the banking law was attacked oa the followinK grounds: First, that the title is doublé; second. it attempts to confer tipon the receiver the judicial power to adjudícate claims to be paid in the course of liquida tion: third, that as applied to the present case, it i ui pairs the obligations of contracta made by shareholders before its passage, by imposing a iiamlit.y not before that time existing The court considered all these objectious at length. All were overruled, and the constitutionality of the law fullysustained.