Only Lived Together Six Weeks 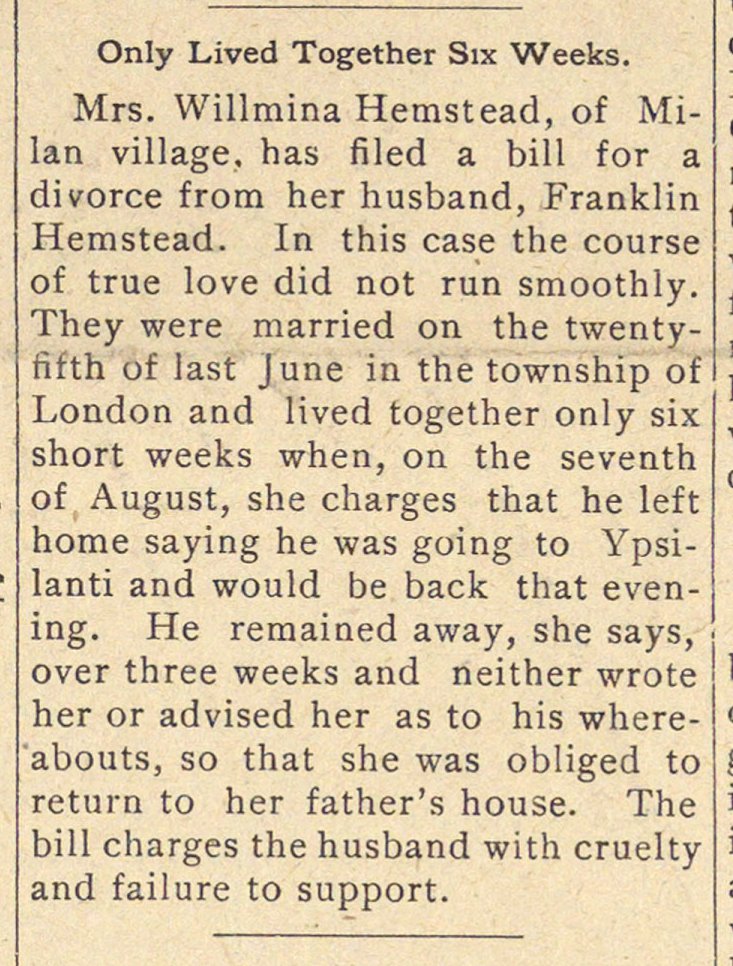 Mrs. Willmina Hemstead, of Milan village. has filed a bilí for a divorce frotn her husband, Franklin Hemstead. In this case the course of true love did not run smoothly. They were married on the twentytïtth of last june in the township of London and lived together only six short weeks when, on the seventh of August, she charges that he left home saying he was going to Ypsilanti and would be back that evening. He remained away, she says, over three weeks and neither wrote her or advised her as to his whereabouts, so that she was obliged to return to her father's house. The bill charges the husband with cruelty and failure to support.