The Record In Brief 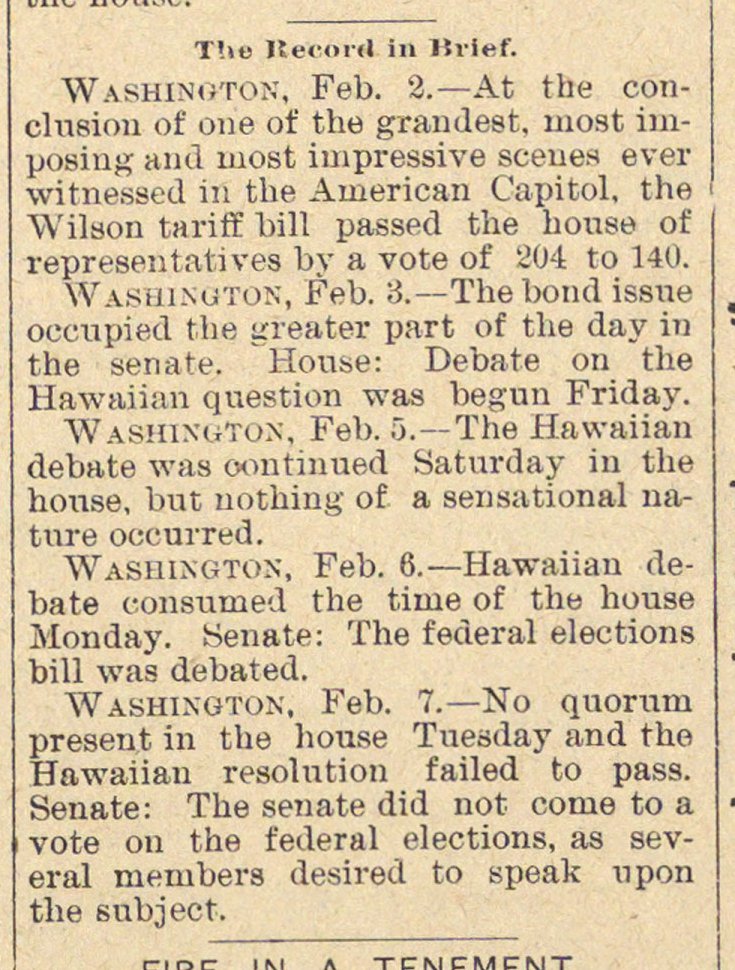 Washington, Feb. 2.- At the conclusión of one of the grandest, most iniposing anil most iinpressive scènes ever witnessed in the American Capítol, the I Wilson tariff bill passed the house of representntives by a vote of 204 to 140. WASHINGTON, Feb. S. - The bond issue occupied the greatei part of the day in the senate. House: Debate on the Hawaiian question was begun Friday. Washington, Feb. 5.- The Hawaiian debate was oontinued Saturday in the house, but uothing of a sensational nature oocurred. Washington, Feb. 6. - Hawaiiau debate consumed the time of the house Monday. Henate: The federal elections bill was debated. Washington, Feb. 7. - No quorum present in the house Tuesday and the Hawaiian resolution failed to pass. Senate: The senate did not come to a vote on the federal elections, as several members desired to speak upon the subject.