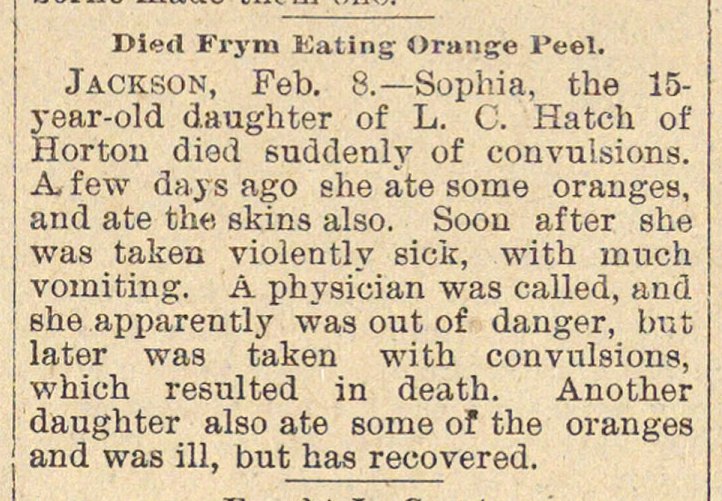 Jackson, Feb. 8.- Sophia, the 15year-old daughter of L. C. Hatch of Horton died suddenly of convulsiona. A, few days ago she ate some or auges, and ate the skins also. Soou after she was taken violently sick, with ïnuch vomiting. A physician was called, and she apparently was out of danger, Irat later was taken with convulsions, which resulted in death. Another daughter also ate some of the oranges and was ill, but has reeovered.