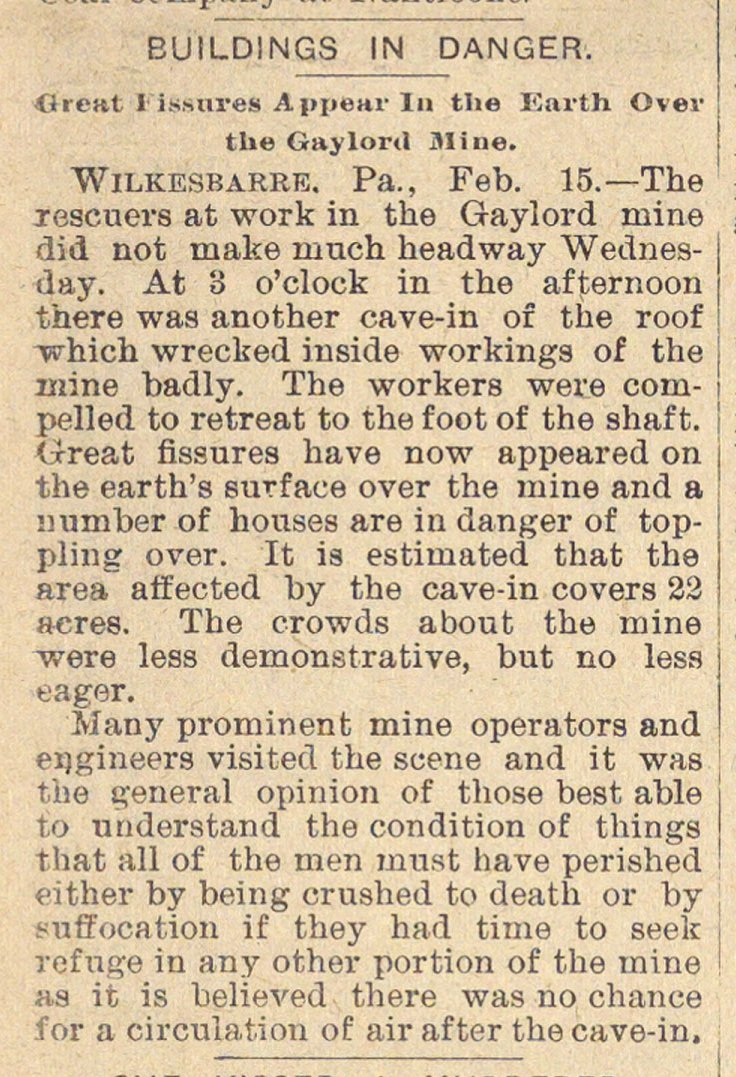 Wilkesbarre. Pa., Feb. 15. - The lescuers at work in the Gaylord mine did not make much headway Wednesday. At 8 o'clock in the afternoon there was another cave-in of the roof which wrecked inside workings of the mine badly. The workers were coinpelled to retreat to the foot of the shaf t. Oreat fissures have now appeared on the earth's surface over the mine and a number of houses are in danger of toppling over. It is estiinated that the area affected by the cave-in covers 22 cres. The crowds about the mine were less demonstrative, but no less eager. Many prominent mine operators and eugineers visitecl the suene and it was the general opinión of those best able to understand the condition of things that all of the men must have perished either by being crushed to death or by suffocation if they had time to seek refnge in any other portion of the mine as it is believed there was no chance for a circulation of air after the cave-in.