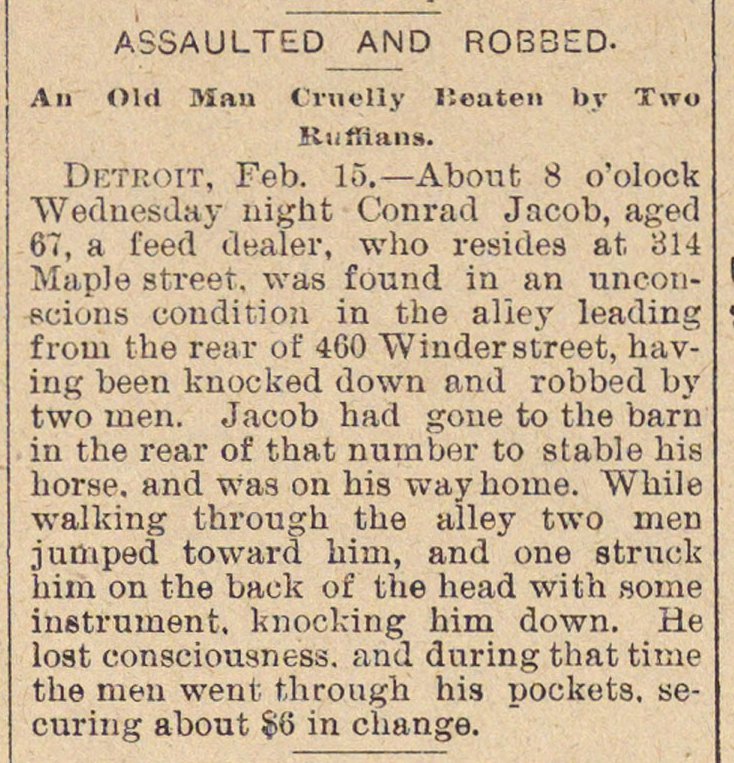 Detroit, eb. i.- Abom ooiock Wednesday night Conrad Jacob, aged 67, a f eed dealer, who resides at. 14 MapJe street, was found in an uneonscioiis condition in the aliey leading from the rear ot' 400 Winderstreet, having been knocked down and robbed by two men. Jacob had gone to the barn in the rear of that number to stable his horse. and was on his wayhoine. While walldng through the alley two men jam pad toward hirn, and one strnck hifi on the back of the head with some instrument, knocking him down. He lost consciousness. and dnring that time the men went', through his poekets. securing about $6 in change.