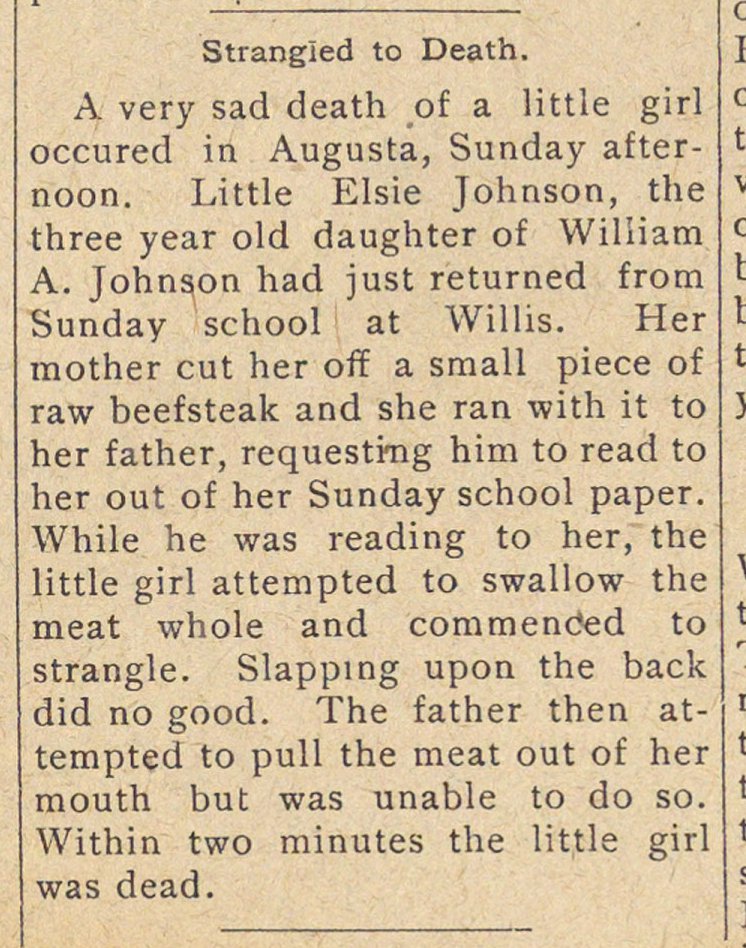 A very sad deatli ot a lime giri occured in Augusta, Sunday afternoon. Little Elsie Johnson, the three year oíd daughter of Wilíiam A. Johnson had just returned from Sunday school at Willis. Her mother cut her off a small piece of raw beefsteak and she ran with it to her father, requestmg him to read to her out of her Sunday school paper. While he was reading to her, the little girl attempted to swallow the meat whole and commenOed to strangle. Slapping upon the back did no good. The father then attempted to pull the meat out of her mouth but was unable to do so. Within two minutes the little girl was dead.