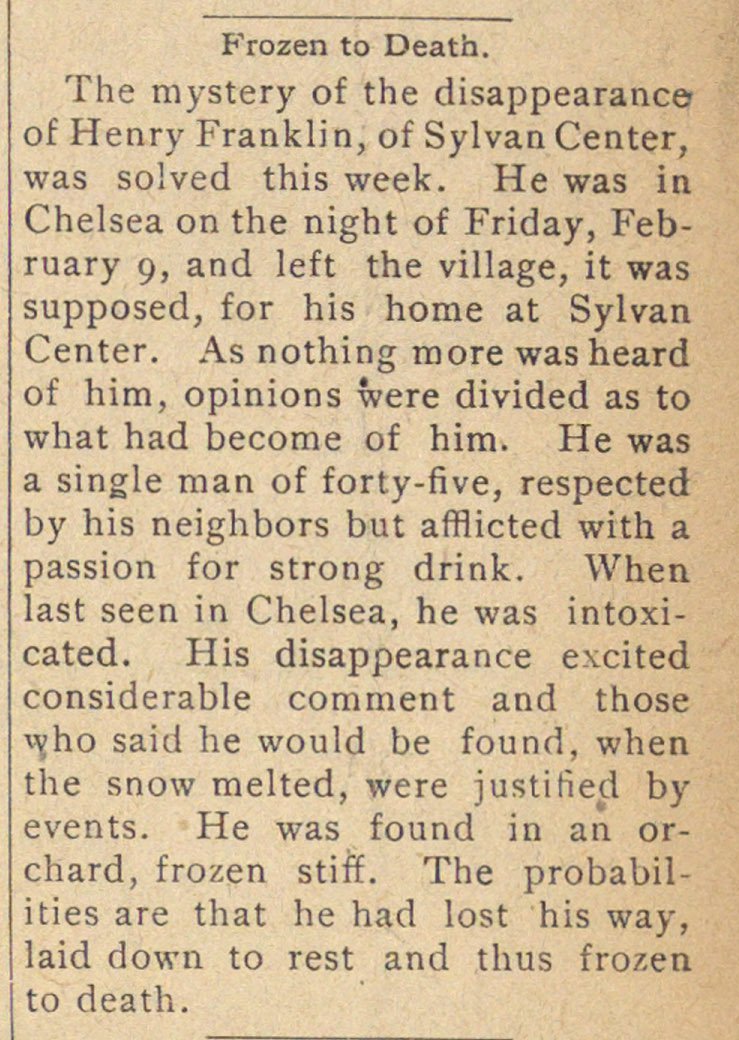 The mystery of the disappearance of Henry Franklin, of Sylvan Center, was solved this week. He was in Chelsea on the night of Friday, February 9, and left the village, it was supposed, for his home at Sylvan Center. As nothing more washeard of him, opinions were divided as to what had become of him. He was a single man of forty-five, respected by his neighbors but affíicted with a passion for strong drink. When last seen in Chelsea, he was intoxicated. His disappearance excited considerable comment and those w,ho said he would be found, when the snow melted, were justitieel by events. He was found in an orchard, frozen stift. The probabilities are that he had lost his way, laid down to rest and thus frozen to death.