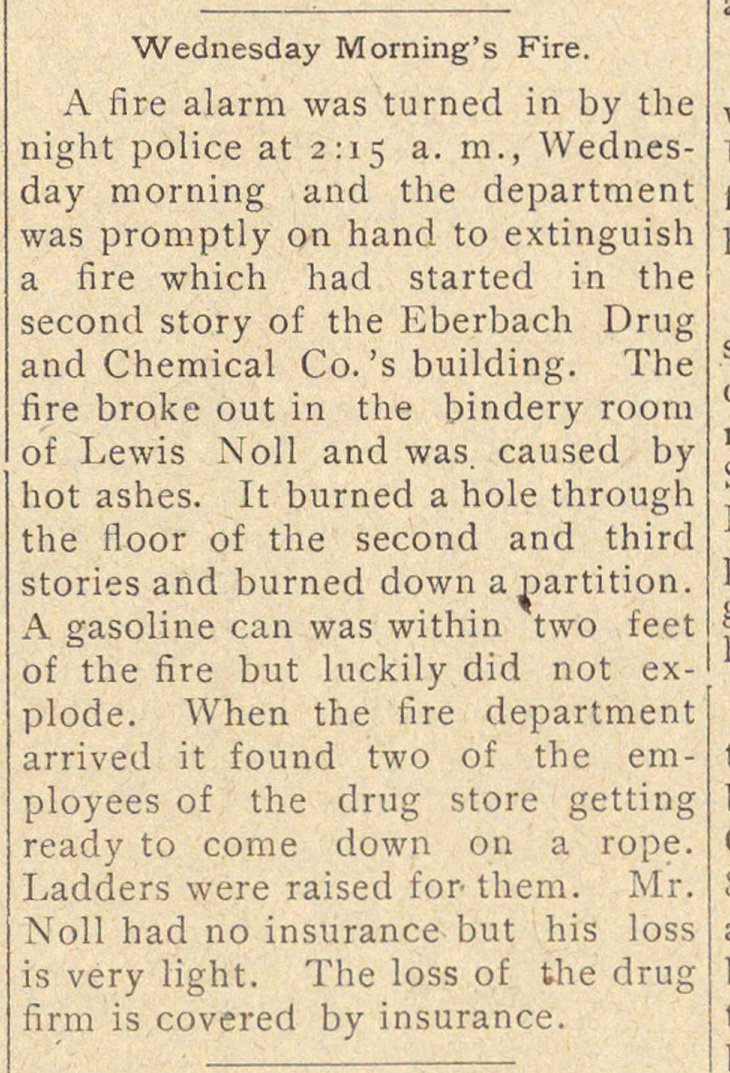 A fire alarm was turned in by the night pólice at 2:15 a. m., Wednesday morning and the department was proniptly on hand to extinguish a fire which had started in the second story of the Eberbach Drug and Chemical Co. 's building. The fire broke out in the bindery room of Lewis Noli and was. caused by hot ashes. It burned a hole through the tloor of the second and third stories and burned down apartition. A gasoline can was within two feet of the fire but luckily did not ex-1 plode. When the fire department arrived it found two of the employees of the drug store getting ready to come down 011 a rope. Ladders were raised for them. Mr. Noli had no insurance but his loss is very light. The loss of the drug firm is covered by insurance.