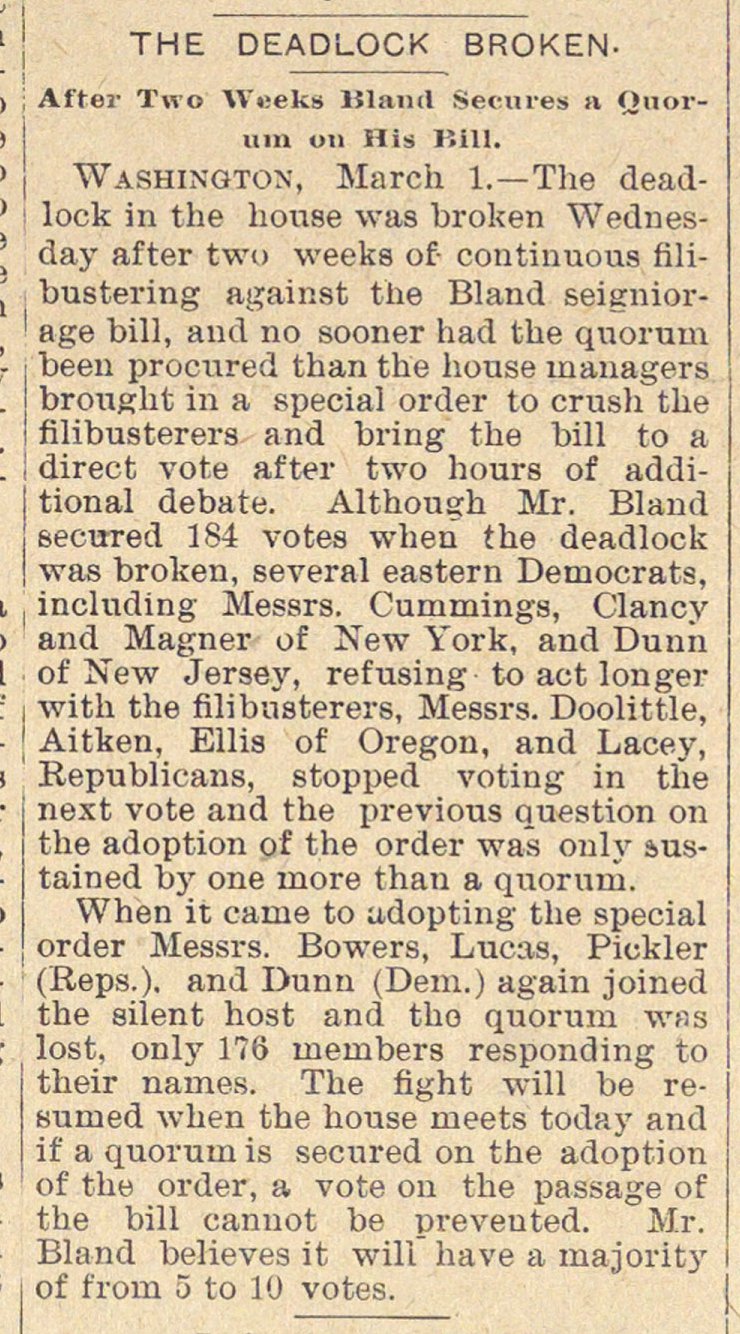 Washington, March 1.- The deadlock in the house was broken Wednesday after two weeks continuous filibustering against the Bland seignior' age bill, and no sooner had the quorum been prociired than the house managers brought in a special order to crush the i filibusterers and bring the bilí to a '■ direct vote after two hours of addi tional debate. Although Mr. Bland eecured 184 votes when ihe deadlock was broken, several eastern Detnocrats, , including Messrs. Cummings, Clancy and Magner of New York, and Duim of New Jersey, refusing to act longer i with the filibusterers, Messrs. Doolittle, 1 Aitken, Ellis of Oregon, and Lacey, Kepublicans, stopped voting in the j next vote and the previous question on the adoption of the order was only austained by one more than a quorum. When it carne to udopting the special order Messrs. Bowers, Lucas, Pickler (Reps.). and Dunn (Dem.) again joined the silent host and tho quorum was lost, only 176 members responding to their names. The fight will be retramed when the house meets today and if a quorum is secured on the adoption 1 of tht) order, a vote on the passage of the bill cannot be preveuted. Mr. Bland believes it wili" have a majority of f rom 5 to 10 votes.