Rich When In His Cups 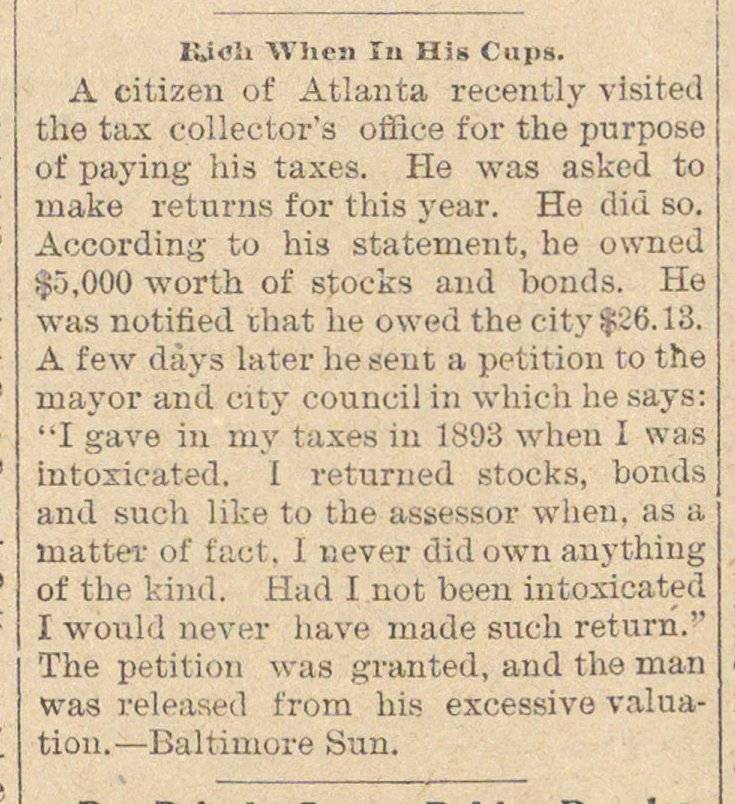 A citizen of Atlanta recently visiteo the tax collector's office tor the purposo of paying his taxes. He was asked to make returns for this year. He diü so. According tu his statement, he owned 5,000 worth of stocks and bonds. He was notified ïbat he owed the city ! A few dáys later lie sent a petition to the mayor and city council in which he says: "I gave in my taxes in ISO'á when I was Lntoxieated. I returned stocks, bonds and such like to the assessor when. as a matter of fact, 1 never did own auything of the kind. Had I not been intoxicated I wóuld never have made such return." The petition was gran ted, and the man was vplpased trom his exe.essive tion.-