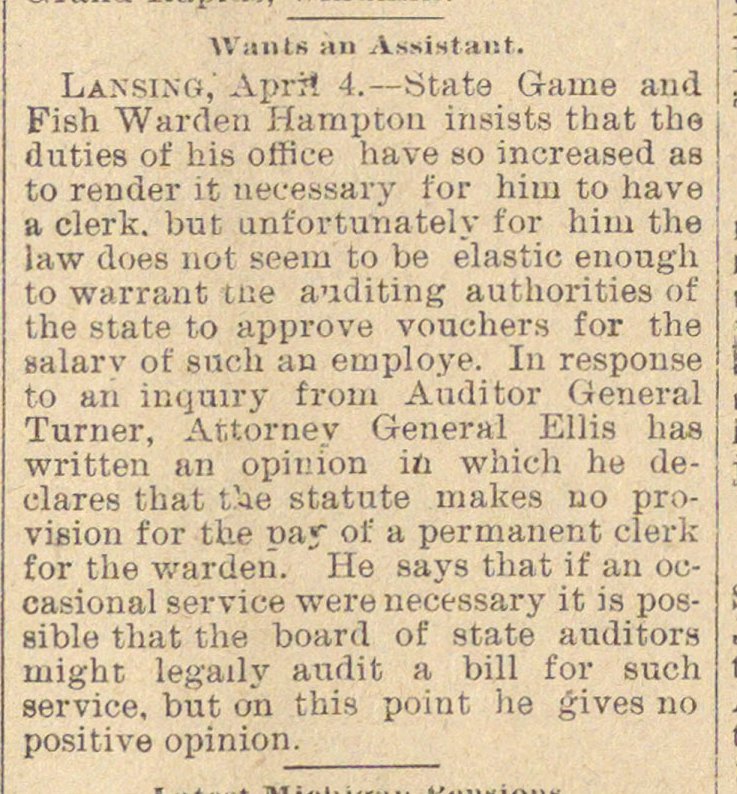 Lansing,' Aprü 4. - State Game anl Fish Warden Hampton insists that tho duties of his office have so increased as to render it aeeessary for him to have a clerk. but unfortunately for him the law does not seem to be elastie enough to warrant me auditing authorities of the state to approve vouchers for the nalarv of such an employé. In response to an inquiry from Auditor General Turner, Attorney General Ellis has written an opinión iü which he declares that t'-ie statute uiakes uo provisión for tlie t)af of a permanent clerk for the warden. He says that if an occasional service were necessary it is possible that the board of state auditors niiht legaily atidit a bilí for such service, but on this point he gives no positive opinión.