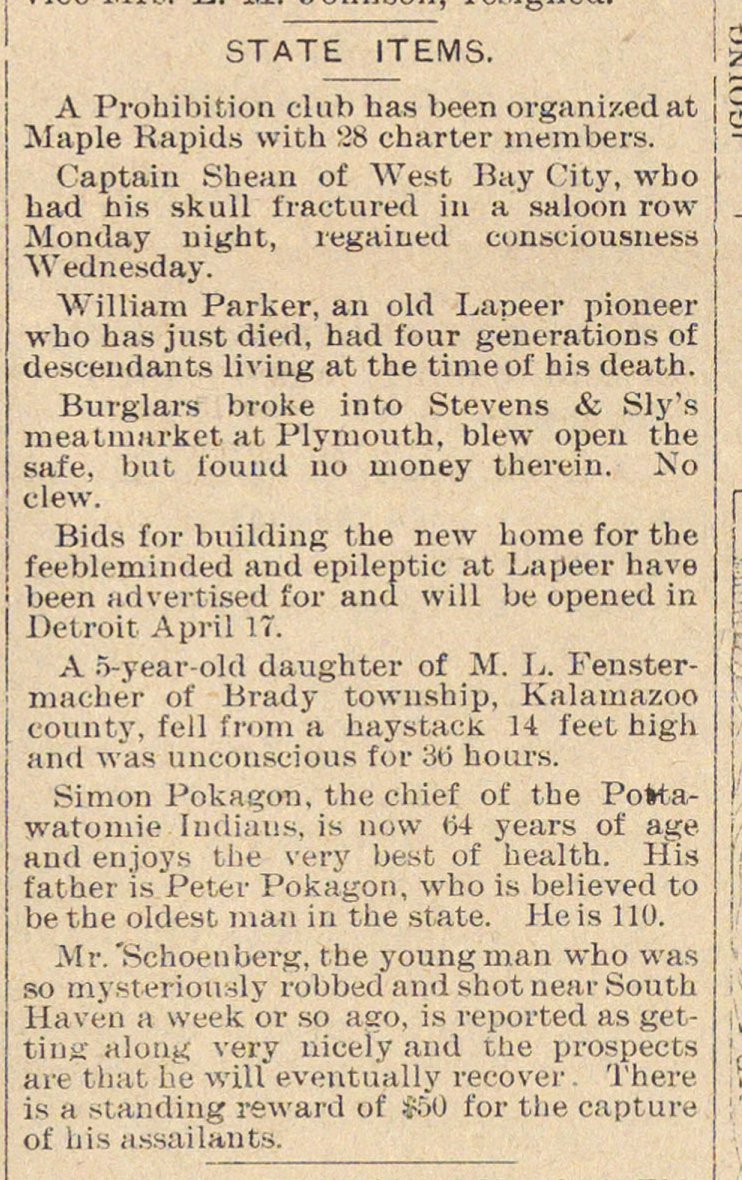 A Prohibition club has been organi.eilat Maple Rapids with 28 charter members. Captain Sbean of West Bay City, wbo had nis skull fractured in a saloon row Monday night, regained consciousness i Wednesday. William Parker, an oíd Lapeer pioneer ! wbo has just died, had íour generations of desceudants living at the time oí his death. Burglars broke into Stevens & Sly's mealnmrket at Plymouth, blew open the safe, but íouud no nioney therem. Xo clew. Bids for building the new home for the feebleminded and epileptic at Lapeer have been advertised for and will be opened in Detroit April 1T. A 5-year-old daughter of M. L. Fenstermacher of Brady township, Kalamazoo county. feil iniin a haystack 14 feet higli and was uncouscious for 30 houxs. Simon Pokagon, the Chief of the PoHawatomie Indiaus, is now 04 years of age and énioys tlie very best of health. His father is Peter Pokagon, who is believed to be the oldest man in the state. He is 110. .Mr. 'Schoenberg, the youngman who was so mysterionsly robbed and shot near South Haven i week or so asro, is reported as gettina' dong very riicely and the prospects aii thathe will eventually recover . There is a standing reward of ;MJ for the capture of his assailants.