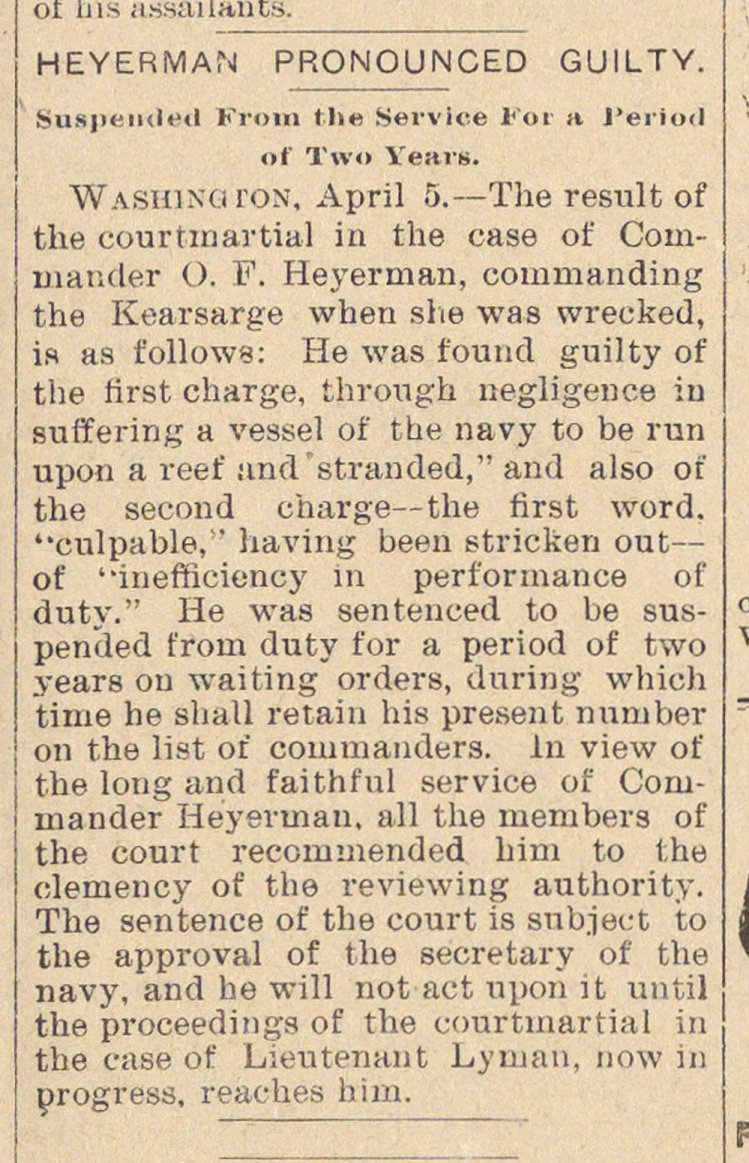 Washington, April 5.- The result of the courtinartial in the case of Comruander ü. F. Heyerman, commaiiding the Kearsarge when she was wrecked, is as follows: He was found guilty of the first charge, through negligence iu suffering a vessel of the navy to be run upon a reef ;md 'stranded," and also of the second charge- the first word. 'culpable,' having been stricken out- of "inefficiency in performance of duty." He was sentenced to be suspended from duty for a period of two years on waiting orders, daring' vvliich time he sliall retain bis present number on the list of coiumanders. In view of the long and faithful service of Coniinander Heyerman, all the members of the court recommended hini to the clemency of the reviewing authority. The sentence of the court is subject to the approval of the secretary of the navy, and he will not act upon it until the proceedings of the courtinartial in the case of Lieu tenant Lyman, now in yrogress, reaches him.