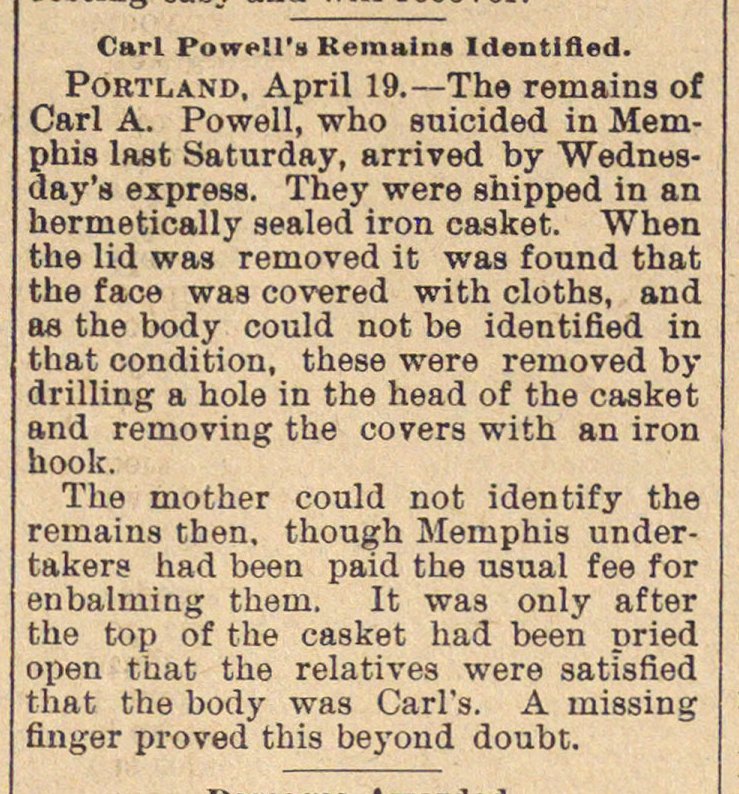 Portland, April 19. - The remains of Cari A. Powell, who suicided in Memphis last Saturday, arrived by Wednesday's expresa. They were shipped in an hermetically sealed iron oasket. When the lid was removed it was found that the face was covered with cloths, and as the body could not be identified in that condition, these were removed by drilling a hole in the head of the casket and removing the covers with an iron hook. The mother could not identify the remains then. though Memphis undertakers had been paid the usual fee for enbaltniag thein. It was only after the top of the casket had been pried open that the relatives were satisfied that the body was Carl's. A missing finger pro ved this beyond doubt.