Buried In A Cave-in 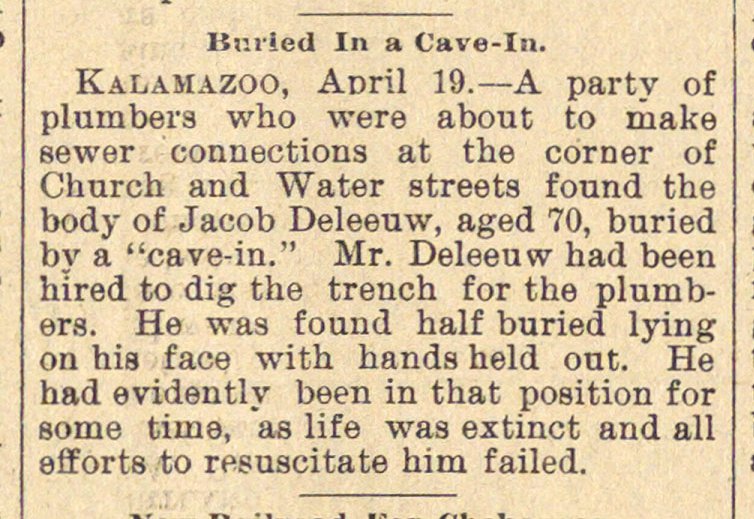 Kalamazoo, Aoril 19. - A party of plumbera who were about to make sewer connections at the corner of Church and Water streets found the body of Jacob Deleeuw, aged 70, buried by a "cave-in." Mr. Deleeuvv had been hired to dig the trench for the pluinbers. He was found half buried lying on his face with hands held out. He had evidently been in that position for soine time, as life was extinct and all efforts to resuscitate him failed.