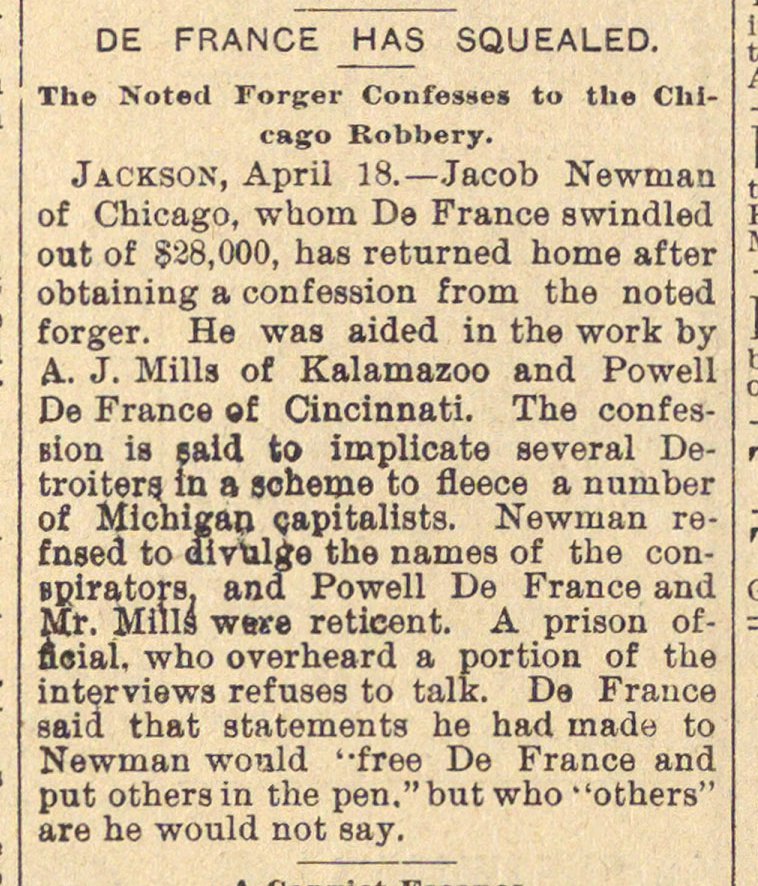 Jackson, April 18.- Jacob Newmaa of Chicago, whom De France swindled out of 28,000, has returned home af ter obtaining a confession from the noted forger. He was aided in the work by A. J. Mills of Kalamazoo and Powell De France of Cincinnati. The confession ia said to implícate several Detroiters in ft schenie to fleece a nurnber of Michigan capitalista. Newman refnsed to divülge the naiues of the conBpirators. and Powell De France and Mr. Milla wwre reticent. A prison offisial, who overheard a portion of the interviews refuses to talk. Da France said that statements he had made to Newman would '-f ree De France and put othersin the pen."but who "others" are he would not say.